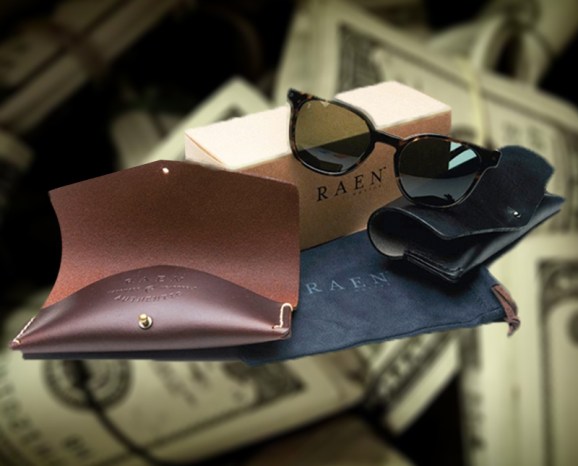 For the right idea, CircleUp can collect a million dollars in a week.

The startup specializes in equity crowdfunding, which is a uniquely regulated kind of “collective investment” service that can help out-there ideas get off the ground when they can’t even get through the door of a traditional VC firm. It’s in a similar vein to services like AngelList, Crowdfunder, or OurCrowd.

CircleUp connects informed investors with early-stage consumer products, and occasionally there’s a match. The company isn’t even two years old, but it’s already pulled in $14 million to expand its service.

The deal marks CircleUp’s second institutional round, and it comes from Canaan Partners, Google Ventures, and Union Square Ventures, among others.

“We had been seeing what was going on with donation-based sites, and felt like the model worked very well for consumer products and retail companies,” said Rory Eakin, cofounder and COO of CircleUp, in an interview with VentureBeat.

Of course, using an Indiegogo-style format to raise funds for a privately held company was a dicey proposition until the JOBS Act came into effect. The crowdfunding exemption allowed companies to raise cash from large numbers of investors without having to jump through the SEC’s regulatory hoops.

“For us, it’s not the complexity or simplicity, but the attractiveness of the [JOBS Act] exemption for companies,” said Eakin.

“We’re a marketplace. We are an intermediary between investors and companies. Our responsibility and goal is to provide a curated, responsible experience for both sides.”

To that end, he explained, CircleUp spends a huge amount of time on two tasks: Vetting companies that apply to be listed on CircleUp, and educating would-be investors about the risks and benefits of specific projects and crowdfunding in general.

CircleUp’s team of private-equity experts interview each management team, perform a deep dive into the financials, consults other third-party experts about the brand and how they perceive the segment of the market, and even conduct background checks on founders.

Then, they have to evaluate the product itself.

“So much of consumer products is about the brand, so we’ll make sure it stands out [in the marketplace],” said Eakin.

“About two percent of companies that apply get onto the platform, so we think that the level of curation is quite distinctive.” Right now, around 60 companies vie for investors’ attention on the site.

On the investor side, CircleUp also does third-party checks and asks would-be funders to talk about their backgrounds and interests.

“It’s a two-way matching through the platform, because as with all private investment, there is high risk … and this relationship will go on between the investors and the company once they meet on the platform,” Eakin said.

Also, he continued, “We spend a lot of time thinking about how to help the companies thrive after they raise capital.”

CircleUp raised $7.5 million almost exactly a year ago. As its web service and audience grew, the company took 8 percent commission and a small amount of options for the deals it brokered. Eakin said the company spent less and earned more than it planned.

The new cash will be used to hire more engineers and designers. CircleUp also wants to start building features to surface relevant data to investors.