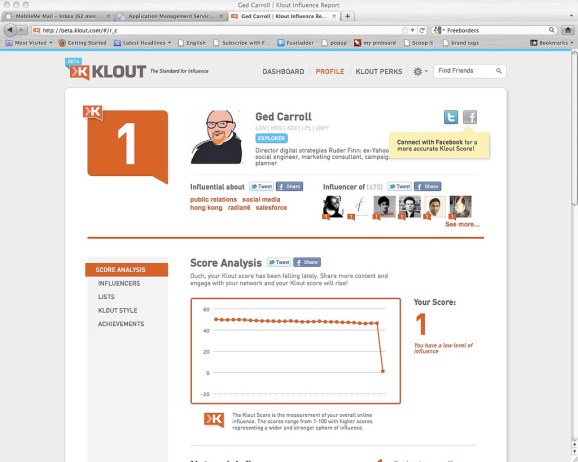 Social media-marketing company Lithium Technologies has bought Klout for about $200 million, according to a report today from Fortune that cited two anonymous sources.

A Lithium spokesman declined to confirm the deal to VentureBeat, saying only that Lithium will hold a press conference in San Francisco tomorrow morning. Re/code reported last month that a Lithium-Klout deal had been signed but not closed.

Klout did not immediately respond to a request for comment.

It’s unclear if the deal will result in the integration of Klout’s scoring with Lithium’s software, which competes with the likes of Jive Software and Salesforce.com. Lithium announced in September that it had taken on a $50 million round of funding.

Klout, based in San Francisco, began in 2008. Since then, some people have criticized it or questioned the value of the social-influence score Klout provided for users of social networks.