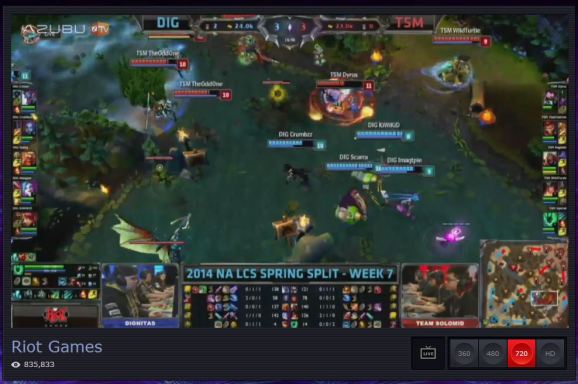 An e-sports site just got a big chunk of change to help it take over the rapidly growing competitive-gaming scene.

Azubu, an e-sports site founded in 2012 that focuses on broadcasting events, has secured a $34.5 million funding round. Investment company Sapinda Group is raising the cash in exchange for equity in the video platform. E-sports is a growing market sector that attracts millions of young viewers. Sites like Twitch and Major League Gaming’s MLG.TV have forged strong partnerships with advertisers, and now Azubu is aiming to get in on that action.

The company shows events including the League Championship Series for online battler League of Legends. It also airs content from the ESGN network that includes e-sports news shows.

With this influx of capital, Azubu plans to beef up its technological capabilities ahead of the site’s planned global relaunch. To help with this process, Sapinda will also connect Azubu with an “extensive corporate network.”

“E-sports deserves a premier broadcast platform that respects the global nature of e-sports,” a Sapinda spokesperson said in a statement. “We’re committed to providing the support necessary to ensure that Azubu will deliver this for e-sports fans worldwide and that the service will evolve as quickly as e-sports itself. Azubu has the leadership, vision, partnerships, and technology to radically elevate the e-sports viewing experience, driving greater engagement between players, fans, and the brands that support them.”

Azubu will launch version 2.0 of its website in April. The company is attempting to present itself as an alternative to Twitch by highlighting its technology. Twitch streams high-definition video on its site, but it also has a 20- to 60-second lag that sometimes causes problems with content creators trying to interact with their audience in real time. Azubu is “lag-free,” which means that when a broadcaster sees something in chat, he can respond to it in the video in nearly real time.

While Azubu is focusing on e-sports, it also is inviting developer and publishers to show off their products on the site. Twitch has reached 45 million unique viewers per month by catering to different gaming communities, and Azubu plans to follow a similar plan — although it does not enable users to stream video.