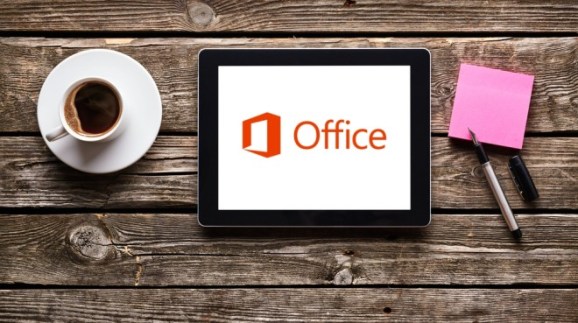 Following two years of rumors, Microsoft finally launched its Office suite of apps on the iPad today. And despite how frustrating it was to wait, it looks like iPad users aren’t bothered at all. The freemium app is now ranked number one in Apple’s App Store among free iPad apps — less than 12 hours after it launched. 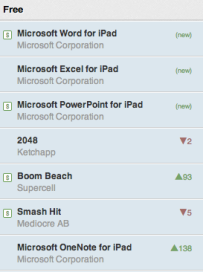 Microsoft Word for iPad hit the top spot globally today, according to App Annie. Following closely behind, Excel for iPad currently ranks as the second most popular free iPad app globally. And Powerpoint for iPad holds the number three spot.

While not as much of a hit, Microsoft OneNote for iPad still comes in as the seventh most popular free iPad app today.

These stats show no indication of long-term traction, but it’s nevertheless impressive to see Microsoft’s products dominate Apple’s App Store like they are doing today.

For a deeper look at the new suite of apps, check out our hands-on review here.