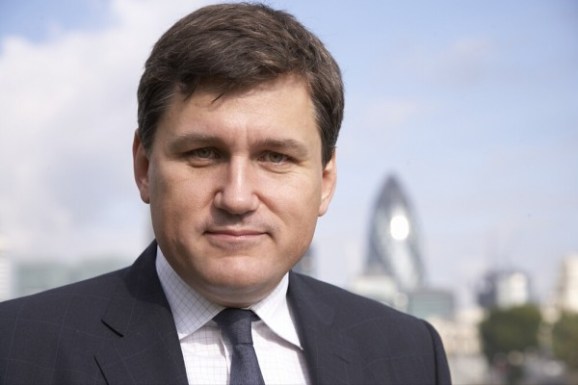 The British government is moving ahead with plans to position its capital city as the “health-tech capital of Europe.”

London deputy mayor Christopher “Kit” Malthouse paid a visit to Silicon Valley this week to meet with executives from the hottest startups, including Yelp, Salesforce.com, TaskRabbit, and Industrial Light & Magic. Also on his calendar? Sit-downs with representatives from fastest-growing med-tech companies, like CardioDx and Ariosa Diagnostics. Ariosa just filed for a $69 million initial public offering and is plotting European expansion.

Startups in the health care and life sciences spectrum are a high priority for the Mayor’s office. Malthouse, who called me after taking a tour of the bio-design program at Stanford University, said an announcement is underway to introduce “Med City” to the global press.

He expects to start briefing the media sometime in April.

“You’re going to hear a lot more about Med City,” Malthouse explained. “Frankly, we’re very excited about convergences, like science and tech or finance and tech.”

Med City is intended to be a “sister organization” to “Tech City,” the UK government’s scheme to nurture homegrown tech companies, Malthouse said. Tech City has come under fire in recent weeks, with a contributor for the Guardian predicting a “slow death” and calling it “misguided government glitz,” and the BBC questioning the absence of a British Mark Zuckerberg.

“Google bought a plot of land [in London] for $1 billion and we have thousands of people working in Tech City,” said Malthouse, who referred to the local press as occasionally “snippy.”

“How you can calculate that as a slow death, I have no idea.”

A source who met with the deputy mayor said Malthouse wants to convince Silicon Valley’s tech firms to open a European headquarters in London rather than in a viable alternative — achingly cool Berlin.

Malthouse took exception to the idea that startups would need to be convinced.

“To be honest with you, we don’t need to seduce or convince every company we come across. We want to be helpful to businesses rather than to do the hard sell.”

“We came here to learn as much as to proselytize,” he added.

But Malthouse and the communications team at the mayor’s office do have a sell of sorts. A source forwarded me a copy of an official invitation to a brunch, hosted by the deputy mayor, which promises tax breaks for promising startups and a host of resources. From the invitation:

London’s life sciences community is a recognized world leader in R&D; second only to Boston globally. London has 3 out of the top 10 universities in the world and it is these centers of excellence that form 3 out of the 5 Academic Health Science Centers in the UK – internationally peer reviewed centers of partnership between academia and healthcare providers focusing on research, clinical services, education and training that provide fertile ground for new therapies, technologies and talent.

We will share how Med City reinforces the incredible momentum of London as one of the world’s most vibrant and dynamic cities and how the UK’s innovative ‘Patent Box’, which offers significantly reduced corporation tax rate for income generated from patents, provides unparalleled opportunities.

Last Summer, the press first got wind of Med City when the mayor’s office put in a bid to the London Enterprise Partnership for £1 million ($1.66 million) seed funding to create a “golden triangle” in medical and life sciences research, linking the capital with Oxford and Cambridge universities. The mayor’s office kept plans under wraps and instead focused on promoting Tech City.

With the launch around the corner, Malthouse served up a bit more concrete information about Med City:

Malthouse also pointed to London’s smorgasbord of culture and diversity. “We have a lot to offer to life sciences and health care startups: We have a diverse demographic with every genome type,” he said.

Plans for Med City are key to the future of the UK economy. David Cameron once referred to the BioPharma industry as the “jewel in the crown” of the UK economy, with an annual turnover of over £50 billion ($83 billion). This sector has grown faster than any other industry, with the exception of finance and insurance.

The promise of billions in new revenues is enough to entice Malthouse to the Bay Area. It was his first trip since his university days. “The last time I visited Silicon Valley, I was in a backpack and flip-flops,” Malthouse said jokingly.

If all goes well, representatives from the British government will a frequent presence in the Bay Area, the birthplace of biotechnology that lays claim to the highest concentration of medical-tech startups in the nation.