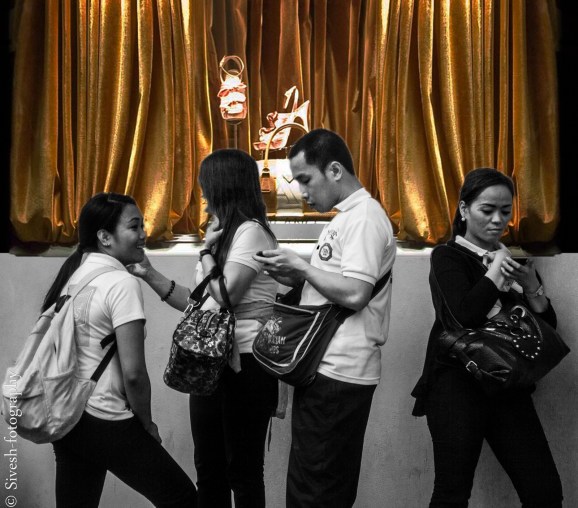 Phones and shopping. No better combination out there, eh?

In honor of the fact that we’ve successfully moved this sometimes-addiction from the desktop to the smartphone, we’ve rounded up a few of our favorite mobile shopping apps.

And because it’s springtime and it reminds us of school, yearbooks, and the funny superlative titles bestowed upon a lucky few, we give thee: Mobile shopping apps, the yearbook edition.

PayPal’s wallet app has just been killing it in its product category. A year ago, it snagged the title for most recognized mobile wallet; and less than six months ago, it beat out everyone else again in terms of customer trust. Yep, even technology darling Google couldn’t do that.

But beyond fuzzy things like “perception” and “trust” and all that, PayPal’s app combines so many payment aspects and features that it truly deserves the award. Through the app, you can pay at a store’s cash register as well as order ahead and pre-pay before you even get there or even pay at a restaurant’s table. You can also store and manage multiple payment sources and send money to friends.

Google Wallet has been putting in some solid effort in its quest to catch up to current president of Walletlandia, PayPal Wallet.

A couple of weeks ago, it added an online order tracking feature that syncs with your Gmail account, enables you to send money to other people’s Gmail accounts, and it even launched on iOS before Apple’s own Passbook.

And of course, Google also has the basic mobile wallet functionalities of letting you “pay with your phone” in brick-and-mortar stores, presenting you with a records of your purchases and transactions, and tracking your loyalty programs.

Amazon: most likely to become a deity

This is Amazon’s online shopping world, and we’re all just living in it.

No, really. The online retailing giant has replaced in-person shopping for an increasing number of people, and now with conveniences such as Amazon Prime and Amazon Fresh, shopping on your phone is beyond tempting.

As for the app itself, Amazon managed to create the perfect mini version of its full-sized version, with all the main functions in the menu bar at the bottom and a clean presentation style for search results and item profiles.

Shopkick: most likely to become the Tooth Fairy

Losing a tooth is part of life. But when your time comes, the Tooth Fairy gives you coins (or dollars if you’re lucky).

Walking into stores is also part of life for most of us, and Shopkick gets you rewards just for doing that. Whether you’ve heard of it or not, Shopkick has been hugely active. It’s the most used real-time shopping app according to Nielsen, and shoppers have earned $25 million and redeemed 7 million gift cards since its launch in 2010. Talk about generosity.

Want new fashions and tired of your old ones? No problem, hop on Poshmark, list the items you’re tired of, and pick up some fresh ones from someone else’s pile, often at reduced prices.

Poshmark is not only entirely mobile-based, but it also enables you to easily follow others, quickly snap a picture and post a listing of an item, attend “parties” (limited-time themed sales), communicate with potential sellers and buyers, and browse the available items. It even recently partnered up with USPS to release a universal shipping label for fashion items weighing under 5 pounds to any address in the country. Talk about clever ideas.

Previously hailed as the “social network you’ve never heard of [that] drives 20 percent of all social commerce,” Polyvore is a force to be reckoned with. A highly visual site (and app), that appeals to the Pinterest types, the network is a fully functional fashion network, with everything from following other accounts to creating one’s own content (as collages), as well as direct purchases of catalog items and sharing buttons for Pinterest, Tumblr and others. And the app has all of the above in an effortless user interface.

Etsy: most likely to move to San Francisco/Brooklyn/Portland

Crafts, crafts, crafts — if that’s what you’re looking for, Etsy is your shopping destination.

It really feels like you’re at a San Francisco/Brooklyn/Portland flea market, but with a nice user interface instead of dirt and crowds.

With an app design that incorporates both buying and selling, Etsy’s long been in the mobile game. It arrived on Android over a year ago after already having and iPhone and iPad app.

Can you imagine what this app looks like? It has colorful cartoon avatars and a candy-colored UI, and with auctions only lasting 90 seconds, it serves up spoonfuls of adrenaline. Even TopHatter’s chief executive, Ashvin Kumar, described the app as “an engrossing experience, like a festival” when we spoke to him last summer. The company strongly believes in the social experience over the actual shopping, and the highly interactive and “social-like” experience reflects that.