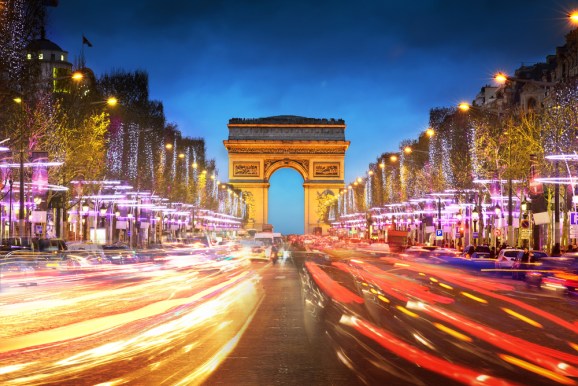 Twitch has the cash, and it’s spending it on making its service work better in Europe.

The livestreaming company revealed that it has added a “point of presence” to Paris, France. This includes a new cluster of servers that will improve the quality of the company’s gamer-broadcasted videos to viewers throughout Western Europe. This is in addition to a bank of servers in Prague of the Czech Republic that Twitch added in December. The site has 45 million monthly unique viewers, which puts a huge strain on its system. It is also the fourth most-trafficked network in the U.S. during peak hours — it trails only Netflix, Google, and Apple.

“As the only live video platform catering solely to the entire video game ecosystem, it’s important that our community has a seamless broadcasting and spectating experience,” Twitch European director Stuart Saw said in a statement. “With a new point of presence in Paris, it’s definitely going to improve the Twitch experience for our friends in France. Because streaming is an international phenomenon being driven by Twitch, we are also laser-focused on rolling out similar infrastructure expansions and upgrades in other popular broadcasting hubs.”

In September, Twitch closed a $20 million Series C funding round that included investment from Grand Theft Auto V publisher Take-Two Interactive. At that time, Twitch revealed its plans to use the influx of cash to expand its internal sales force and its global infrastructure. In November, Shaw posted a Twitch blog announcing specific plans to expand Twitch’s capacity in Europe.

Adding server infrastructure is critically important for Twitch now that both the popular PlayStation 4 and Xbox One consoles include native support for the video-streaming service. Previously, to broadcast from home gaming systems, players required extra hardware and software. Sony and Microsoft removed that barrier to entry, and it has quickly boosted the number of people creating video content on Twitch.

In addition to the console, Twitch has also worked with developers to integrate native livestreaming into a number of games. This recently even made its way to mobile phones. Earlier this month, developer Gameloft made Asphalt 8: Airborne the first iOS title capable of broadcasting live gameplay to the Internet.