GamesBeat: What else does the market need at this point, beyond payments?

Rao: That’s all, I think. The main thing to crack is payments. The minute that happens, people will start making money, 100 times what they’re doing now. All these developers will start to make content for the local market. It’ll be a positive feedback loop.

GamesBeat: Do you see many foreign games coming in as well?

Rao: Right now we’re seeing most of them come in to exploit it as a backend. Square Enix is looking at India as a market, though. That’s why Yoichi Wada was there giving our keynote at the NASSCOM Game Conference.

GamesBeat: Do you feel like it’s a harder task, because you’re catching up as a region? You look at a place like Helsinki, they’ve been extremely fortunate. A lot of other regions are more mature when it comes to gaming.

Rao: I don’t see that as a challenge at all. I just see it as getting exposed to this form of entertainment a little later than the others. Once people are exposed to it–That’s what has made games what it is. It’s an attractive form of entertainment. We just lack the devices to expose people. Today, my wife is hooked on Candy Crush Saga. Moms are playing it, because they all have smartphones. That’s a very good thing. In the past, those same moms were telling their kids, “Don’t play games!” Now they’re playing games themselves. They were exposed to casual, non-violent content, and they found out that it was fun.

Down the line, another thing this means is that those same moms won’t react negatively when their kids say, “I want to be a game developer when I grow up.” 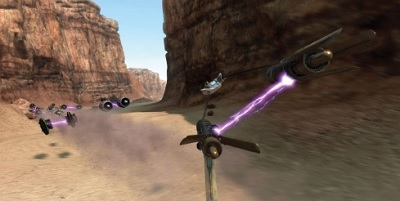 GamesBeat: I know that HP was doing its own smartphones for the Indian market. Do you see more of that happening?

Rao: Everyone’s doing that now. They need to get the price point right. We have a number of very strong local players who are giving Samsung a run for their money. Apple isn’t a player.

GamesBeat: You don’t have the bandwidth? Have they tried?

Rao: Their phones are too expensive. India is a very value-conscious country. Unlike in China, where somehow they had this fascination with the iPhone, we don’t have that same situation. In India, Samsung rules.

GamesBeat: Does Samsung see the same opportunity in India as a game market?

Rao: I’m not sure. They have a lot of local Indian handset manufacturers snapping at their heels. Right now they’re too busy protecting their position at number one.

GamesBeat: There’s this expectation that they’re going to do something in games. They seem to be poking around a lot.

Rao: I’d be surprised if they don’t do it. What they’d like to have is a marketplace of their own, I think. That layer is completely missing.

GamesBeat: What about schools and the government? Are they recognizing the value of game jobs?

Rao: Not yet. I spend a lot of time trying to evangelize the games industry to the government, to powers that can do something. The first question that gets asked is, “How many jobs will you create?” They’re used to hearing the IT people say, “We’ll create one million jobs” or whatever. When I tell them we’ll create 5,000 jobs a year, they say that’s too small. But what we’re trying to tell the government is that we’re going to be creating content and IP. It’s not just about how many people we employ.

We’re slowly beginning to make some inroads, getting people to understand that original IP has value. The U.K. has a minister for creative industries. When you tell that to an Indian bureaucrat, it gets them thinking about it. 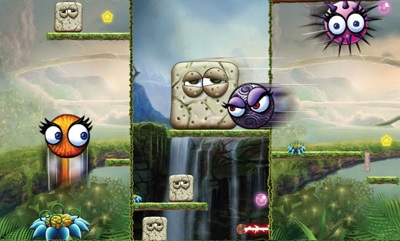 Above: Bazzle by Dhruva

GamesBeat: Are they not quite ready to put money into the industry, then?

Rao: They’re doing it in some ways. For example, several state governments have rolled out their own programs for incentivizing animation and game companies. The central government’s ministry of information and broadcasting, which games fall under, they’ve announced the formation of a center for excellence in animation and gaming. But what we lack right now is a policy to encourage the industry in a similar way to what we had with IT exports, or a policy like Montreal has. We need the young startups to find capital. They need money to make their prototypes, and right now that’s very hard.

People like me will play a role, because we want to see young companies succeed. That’s why I’m doing the incubator, and hopefully I’ll be able to do a fund at some point in time. But we need government to recognize the value of the industry.

GamesBeat: What’s your expectation over the near future? In five years, what will the industry be like?

Rao: Five years from now, we’ll have 600 million people on smartphones, on high speed. That’s going to be a market. There’s no way it can’t be a market, a sizable market.

One other area is going to be the use of games in education. The government has already identified that tablets and wireless broadband are going to play a transformative role in education. The Indian government actually promoted a tablet that was initially going to be at a price point of $35. Of course, that price point has increased since then, but they’re hoping to flood the primary schools with tablets for children. A lot of gamified educational content can go in there. We’re seeing a lot of initiatives in that direction.