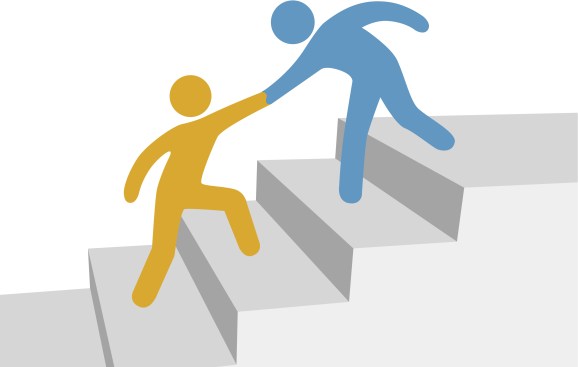 Would you like a mentor with that crowdfunding campaign of yours?

If so, crowdfunding site CrowdIt is now providing just that.

The startup is rolling out its “Suits” program, which provides experts ranging from lawyers and accountants to accredited investors and consultants. These experts then act as advisors and resources before, during, and after the fundraising.

Unlike crowdfunding competitors such as Kickstarter and Indiegogo, which focus on the fundraising part of the launching and growing of a project, CrowdIt believes there should be a community that entrepreneurs can be part of even after they’ve gathered their funds, as we previously reported. Suits is a major piece of this bigger vision.

“What’s been missing isn’t the focus on financial help but ‘people’ assistance. Any successful small business knows that it takes a village of experienced professionals in various capacities to turn a dream into a reality,” said chief executive Jason Graf in an official statement.

In a way, CrowdIt is creating a way for entrepreneurs to get all the benefits of traditional startup fundraising — money, hands-on advisors, a support system — but suited (pun!) for the crowdfunding generation.

Still, CrowdIt’s advisors’ motivations might be slightly different than in traditional setups, where advisors take equity in return for their boundless wisdom. These “Suits” are volunteers.

But while they’re not receiving any payments from the entrepreneurs, they do “have exclusive access to projects before they go live on CrowdIt.com. They also can direct message with the project owners themselves. … They have opportunities to advertise/market on the site, they can build credibility for themselves and their business to position as thought leaders in their respective fields, and much more,” Graf said in a statement to VentureBeat.

“Furthermore, business professionals can cultivate business leads by offering advice and resources before, during, and after the funding event to gain trust from the project owners and set up deals for ancillary service support going forward,” added Graf.

Nevertheless, CrowdIt seems committed to helping its entrepreneurs have the best chances of succeeding, and benevolent advisors are quite likely to join the program.

Paul Freeman and Markus Pope co-founded the Springfield, Missouri-based company, which has raised an undisclosed amount of funding from Baron VC.