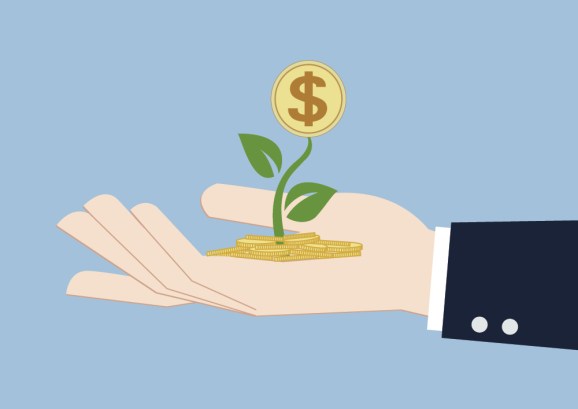 We knew Intel was giving big data company Cloudera lots of money — in fact, we had a scoop on that last week — but we didn’t know it was going to be this much. $740 million? Sheesh. Today Cloudera revealed in a press release a massive $900 million funding round, including both the $160 million pile announced earlier this month and Intel’s investment. Get the full story on VentureBeat.

E-commerce giant Alibaba is perilously close to hacking the “e” off of ”e-commerce.” Alibaba Group, one of the largest online retail operations in the world, has decided to invest $692 million in Chinese department store chain Intime Retail Group, the company announced today. The Internet titan aims to capitalize on its vast knowledge and experience of shopping in cyberspace to improve the physical retail experience and boost sales across Intime’s 36 stores in China. Read more on VentureBeat.

The race is on to develop new types of memory chips that can keep up with our dual desires for more data storage and tinier gadgets. Crossbar, a company that has developed custom Resistive RAM technology, is one such entry in this latest memory market. The company announced today that it has raised $25 million in a third round of funding, bringing its total funding to $50 million. Read more on VentureBeat.

You’re hip. You’re with it. You know that if you want to a holistic sense of what’s going on in your company, you need to consult multiple types of data, not just one or two. So a basic data visualization tool might not cut it. What you could try is something like ClearStory Data, a startup that’s been trying to simplify the process of querying and analyzing lots of different kinds of information. Read more on VentureBeat.

I ate the best meal of my life at New York’s world-famous Eleven Madison Park restaurant. Now I can recreate that gustatory experience ten feet from where I sleep. Through Kitchensurfing, an online marketplace for private chefs, I can pay a former Eleven Madison Park chef to come to my measly little kitchen and whip up a culinary masterpiece. Read more on VentureBeat.

With $8 million in the bank from Emergence Capital, New York-based Handshake is expanding beyond its original focus — mobile order management for sales reps — to make wholesale buying and selling feel more like shopping online. According to Handshake chief executive Glen Coates, the buying and selling process between brands and retail stores is begging for innovation. Read more on VentureBeat.

Mysterious company Citizen.VC, which only has a landing webpage thus far, might be pulling back the curtains soon. We just spotted the Form D the company just filed to the U.S. Securities and Exchange Commission, reporting that it has raise $4 million in funding so far. The form reveals that the company is based in Palo Alto, Calif., is hoping for a total round of $12 million, and has four investors signed up at time of filing. Read more on VentureBeat.