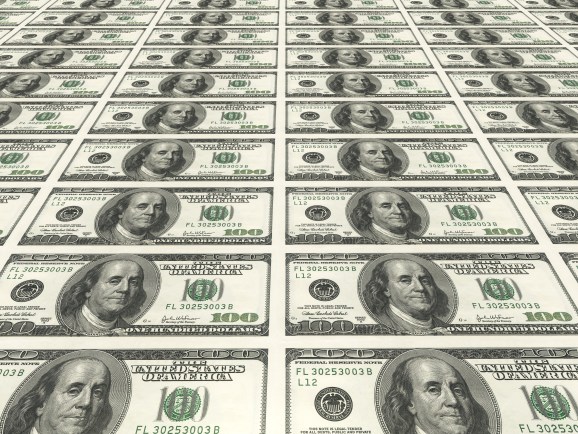 We knew Intel was giving big data company Cloudera lots of money, but we didn’t know it was going to be this much. $740 million? Sheesh.

Today Cloudera revealed in a press release a massive $900 million funding round, including both the $160 million pile announced earlier this month and Intel’s investment.

An industry source had told VentureBeat that Intel was putting as much as $90 million behind Cloudera. Clearly, that was a conservative estimate.

Now Cloudera competitor Hortonworks’ $100 million funding round looks small by comparison. Still, a nine-digit round is notable, and it comes as Hortonworks is hatching plans for a public bid next year.

Intel didn’t only sink a huge pot of money into Cloudera. The chip maker dropped its own distribution of the Hadoop open-source software for storing and processing lots of different kinds of data and instead took up Cloudera’s Hadoop package. There weren’t too many commercial distributions of Hadoop to start with, and now a big one is out of the equation. A $740 million investment suggests Intel might have been desperate to go from a lesser known entity in the Hadoop business to an associate of the top vendor.

The new money also lengthens the runway for Cloudera to go public, Frankola said. And, even though it might look like an acquisition of Cloudera — presumably by Intel — is a possibility, Frankola said it’s not at all like that.

“What I will say is this level of investment from Intel has positioned us much more to be an independent company than it does to be an acquisition target,” he said.