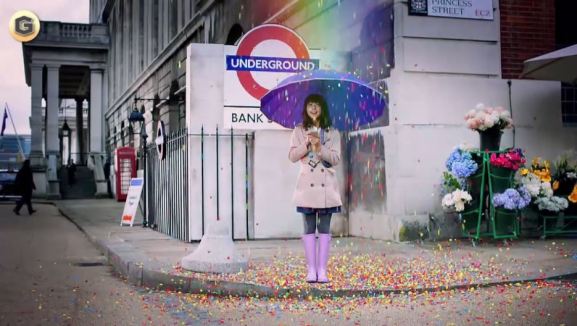 A still from a commercial King ran in Japan for its Candy Crush Saga game.

Japan’s game market is growing, but it has little to do with Nintendo, Sony, or Microsoft.

Smartphone games generated $5.4 billion in spending in Japan in 2013, according to market-intelligence firm CyberZ. That’s up from $3 billion in 2012. This means that smartphones now make up half of all game-related spending in Japan — the nation’s total market was $10.8 billion for the year. In 2012, revenues from Android, iOS, and other apps only made up less than 30 percent of the total market, which was $9.8 billion. Extremely popular free-to-play titles like GungHo Online’s role-player Puzzle & Dragons and SuperCell‘s casual strategy title Clash of Clans were largely responsible for the sector’s enormous growth.

The other $5.4 billion came from traditional platforms: console, handheld, and PC.

While gaming on mobile was huge last year, CyberZ anticipates it will grow to approximately $6.5 billion in 2014.

“The jumps [in spending] are getting smaller year over year, but the smartphone game segment is expected to reach $8.1 billion in size by 2016,” Japanese gaming analyst Serkan Toto said in a blog post.

CyberZ also found that the growth is primarily coming from native apps. In 2012, browser games made up the bulk of spending on smartphones with $1.7 billion compared to downloadable apps that only generated $1.3 billion. Last year, that ratio flipped to favor native experiences with $3.2 billion in revenue compared to $2.3 billion for browser titles. In 2014, CyberZ expects browser spending to remain flat while apps continue to pick up the pace.

For the worldwide smartphone gaming market, Japan is one of the most-important regions. Total spending around the globe on mobile apps reached $16 billion, according to market researchers AppAnnie and IHS. That means Japan accounts for nearly one-third of all spending on mobile. That explains why developers like SuperCell and King, both based in Europe, worked so hard to localize their titles (Clash of Clans and Candy Crush Saga, respectively) for that country.

Of course, Japan has always played an important role in game revenues, but this confirms the suspected trend that most consumers in that market are spending their time and money on smartphones as opposed to consoles.

Likely, most Japanese gamers are too busy with games like Puzzle & Dragons. That title was making around $4 million per day at certain points of 2013 from Japan alone, and more than 15 percent of that country’s population had downloaded it.