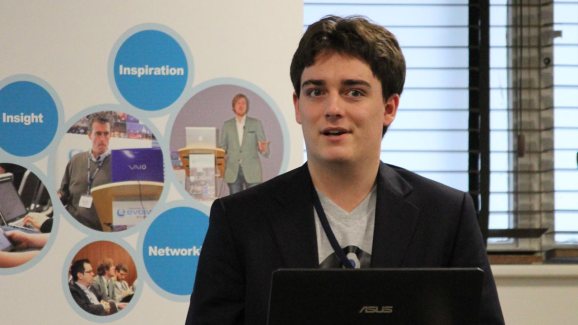 Palmer Luckey is fed up with death threats to his employees and their family members.

Corrected at 8:43 p.m. Pacific with clarification of Palmer’s quote.

The Internet can be a very nasty place. Death threats are commonplace in reaction to even minor disappointments, so it’s no surprise that upset people showered Oculus VR with harassment when Facebook bought it.

Palmer Luckey is the founder of Oculus VR, a virtual reality hardware company that makes the Rift VR headset, and he had an answer to all the hate. On Reddit, a widely popular social news website, Luckey said the following: “We expected a negative reaction from people in the short-term, but we did not expect to be getting so many death threats and harassing phone calls that extended to our families. We know we will prove ourselves with actions and not words, but that kind of s**t is unwarranted, especially since it is impacting people who have nothing to do with Oculus.”

Luckey is referring to social media giant Facebook’s $2 billion buyout of Oculus last week, which surprised many people and rattled many supporters of Oculus’ Rift hardware.

[Updated: In the original version of this article, GamesBeat accidentally quoted Luckey out of context. The quote, “We had limited communication for a reason, and while our customers might be upset about it, they are the ones who benefited most … I wish we could have said more, but it was a case where people just needed to trust us,” is actually part of a longer quote in response to how Oculus handled a shipping issue with U.S. Customs. It has nothing to do with the Facebook buyout, as we previously implied. ]

Last week, VentureBeat conducted an interview with Palmer Luckey and chief executive Brendan Iribe looking at Oculus’ past and future. VentureBeat’s Dean Takahashi also wrote an analysis of the implications Oculus’ sale could have on the video game, technology, and social media sectors.