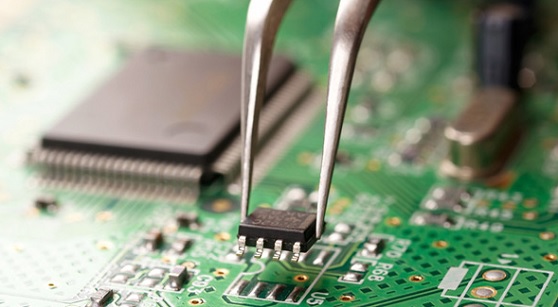 VB: I recall Intel disputing that at the time, a couple of decades ago. Can you explain that a little more?

Hyatt: I’ve never seen any official dispute. There was speculation, but no dispute. I would suspect that they’re unwilling to come out and make any statement to that effect, because it would be embarrassing. I think they know that he did invest in Microcomputer Inc. The name of the company was recorded, and we incorporated it.

VB: You said that you had built one device. Did you ever go on to make anything in larger quantities in the last couple of decades?

Hyatt: Yes, actually. We built prototype units in the 1969 time frame. That’s how we built chips. We’d build a prototype, check it out, and go to a foundry to build the chips. We built our prototypes of the microcomputer in 1969. We expected that Intel would be the foundry to build our chips. But in fact, they built their own chips.

VB: The patents that are in question, the ones that have lasted 40 years, is there a way that they’re related to the microcomputer patents? Or are these fairly independent of those inventions?

VB: Did Philips ever do anything with your patent portfolio as well? Did they make anything, or was their purpose primarily to enforce those patents?

Hyatt: They also had a license for their own purposes. Philips and a whole bunch of licensees manufactured equipment under license. One of the requirements was that the products that are licensed be marked with the patent numbers, in accordance with U.S. law. Many of the consumer products in that time frame — cameras, video games, calculators, televisions — all have my patent numbers labeled on the backs. A lot of those were Philips products.

VB: Are those expired now? They would have expired around the 2007 time frame, probably.

Hyatt: That’s correct. The licenses were paid up licenses, mostly, and therefore all of the future products without additional royalty payments. 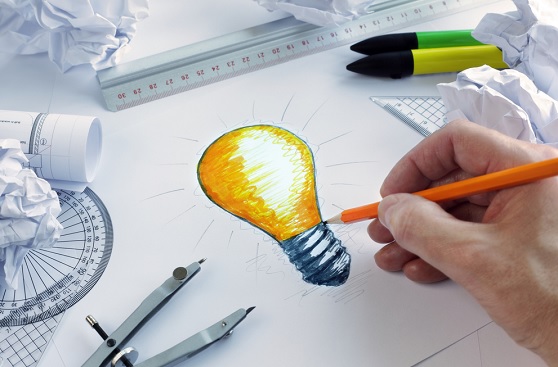 VB: When you started getting some real money back, what did you go and do with it?

Hyatt: I expanded my research lab. I engaged consultants to help me with my continuing research and development. I bought a big facility in Las Vegas and bought more equipment to continue my research.

VB: Did you have any view that you’ve developed over time about patent law? There have been a lot of attempts to change it. Have you weighed in and advocated any particular changes in patent law because of your experience?

Hyatt: I advocated maintaining patent law as it was, because it was very well proven to be effective and responsible for America’s success over the past decades and centuries. However, some of the new legislation has cut back on the value of patents. I’m concerned that will result in America losing a lot of its innovative potential.

VB: What are some specific changes that you were opposed to?

Hyatt: One recent change is the push toward “first to file” in place of “first to invent.” For example, if a university professor speaks at a conference before his patent attorney files his patent application, someone at the conference can write a patent application, copy his work, and file it first. Then the professor loses out and the person who copied his technology gets the patent on it.

VB: What are some things that you would like to see done? Is there anything about patent law you’d like to see changed?

Hyatt: I’d like to see the patent system strengthened, in order to keep America’s innovation strong. Unfortunately, there are bills going through Congress that continue to weaken the patent system.

VB: There has been a lot of motivation to reform patent law as a reaction to what are perceived as patent trolls. What’s your feeling on that?

Hyatt: That’s a farce. The reason is, the new legislation focuses on the little guys — the inventors, the small companies, and the universities. It targets them. Patent trolls are wealthy. They won’t be harmed very much by the legislation that’s supposed to be controlling them.

For example, they have a provision that says the loser pays. If you lose your litigation, you have to pay the costs of the defendant. An inventor trying to protect his patent, trying to enforce it, would go bankrupt if he had to pay the litigation costs of a big defendant. But a patent troll, who has an enormous amount of financial backing and assets, isn’t harmed by the risk of having to pay attorney’s fees.

VB: Generally, how do you look at how the tech industry and the computer industry have evolved over your time?

Hyatt: Technology is marvelous. It’s continuing to grow at a very fast rate. There are lots of opportunities for America to compete in the world market. However, with a weakened patent system, the innovators can’t protect their investments as well, and therefore venture capital will tend to dry up. The innovators will be vulnerable to big companies copying them.

VB: If you look at your story and how it’s unfolded over the decades here, what do you want people to take away from it, to learn from it?

Hyatt: My patents brought a great deal of royalties into this country. I paid a great deal of taxes on them and used them to contribute to research and development in America. We need to strengthen, not weaken the patent system, so we keep this country competitive rather than lose the innovative edge that’s fostered technological growth in America for decades.