Anurag Wadehra is CMO of LivePerson

To begin with, there has been a quiet explosion of channels through which we can connect. 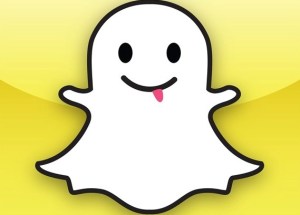 And you can be certain that’s not a complete list.

But who said having more options is better? All of these companies are fighting each other to compete for the same precious commodity: consumer attention. A younger generation that came of age with smartphones in their lunch boxes is now moving in hordes to these simple and mostly free messaging applications.

Businesses — who want to connect to that generation — are now finding themselves in the midst of the 2014 Chat Games. And clearly, the battle is for billions of users and the network of connections among them.

This didn’t happen overnight. These communication platforms have been in development and proliferating in number for quite sometime — and their rate of adoption is something we can’t ignore. WhatsApp is the most used, and arguably the most well known right now, given its $19 bilion acquisition by Facebook. However, they’re not the only messaging app garnering exponential growth (450 million monthly active users since 2009, adding one million new users every day).

LINE, with 300 million users, Kakao with 130 million, WeChat with 270 million, and Snapchat with well over 30 million, are also experiencing exceptional growth in various parts of the globe.

So, we’ve reached a new era – a new normal

The Facebook acquisition of WhatsApp signaled to the world that communication/chat apps are really not a fad — they’re becoming the preferred standard for communication among a global population.

The rapid adoption has forced a new standard for peer-to-peer communication, and the acquisition itself from the social giant may prove to be a game-changer for the company, and the mobile and social industry at large.  Now we’ve got an army of more than one billion smartphone users dictating the terms, conditions and technologies they want to use to connect.

They’re opting for cost-friendly, simple, and quirky apps to do so. So, pick your weapons accordingly.

Brands: Eat the berries, or survive the game?

While the phrase “customer engagement” triggers excitement across the business and investment community, it’s not yet clear how brands can compete and win in the Chat Games.

Facebook has learned that introducing advertising into these platforms can be tricky. The last thing consumers want during conversations with their friends is to be spammed by unwanted advertising. Brands are wise to proceed with caution. While there is not yet an obvious answer, there is no doubt that Facebook and leading global brands are heavily contemplating how they can tap into this growing network of “engaged” and “connected” consumers. 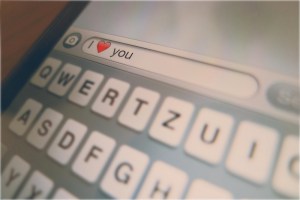 How can brands create and sustain a meaningful relationship with their customers who now predominantly prefer these apps to connect with friends? Do they ride on these messaging apps? Do they create their own?

It is simply too early to tell.

One thing, however, is clear: Today’s consumers demand a different type of connection than they did just five years ago. They want direct, personal connections across any channel … and brands need to evaluate their engagement strategies to deliver on these evolving expectations.

To succeed, brands will have to figure out how to connect live with their customers the way they prefer, wherever they are, or they may soon find themselves out of the game completely.