SAN JOSE, Calif. — The man who once broke open the original Xbox has announced a new open-source project that could be a hacker’s dream laptop. 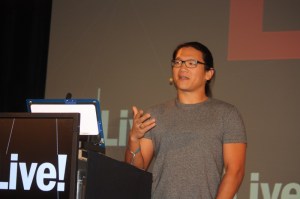 Speaking at the Embedded Systems Conference today, Andrew “Bunnie” Huang introduced a project dubbed Novena. He said that the hardware and software specs for the machine will be made available for anyone to use.

The funding for the project comes from crowdfunding on Crowd Supply. The machine is designed to be open, flexible, and powerful. People can use it as a desktop, laptop, or a standalone board.

“You can go to the site, download the schematics and everything,” Huang said in his speech. “Everything that we could engineer we have released for you to download and play with.”

The basic Novena 1100 has a 1.2Ghz Freescale quad-core ARM-based processor that is closely coupled with a Xilinx field-programmable gate-array chip. Owners will be able to modify or extend the hardware as they wish, as all of the documentation is open and free to download. The entire operating system is buildable from source code.

The crowdfunding campaign will end May 18. The board itself is $500. The desktop is $1,195, and the laptop is $1,995. The machines will come with Debian (GNU/Linux) preinstalled. It is not aimed at your everyday consumer.

In a description, Huang said, “This is not a machine for the faint of heart. It’s an open-source project, which means part of the joy – and frustration – of the device is that it is continuously improving. This will be perhaps the only laptop that ships with a screwdriver; you’ll be required to install the battery yourself, screw on the LCD bezel of your choice, and you’ll get the speakers as a kit, so you don’t have to use our speaker box design – if you have access to a 3D printer, you can make and fine tune your own speaker box.” 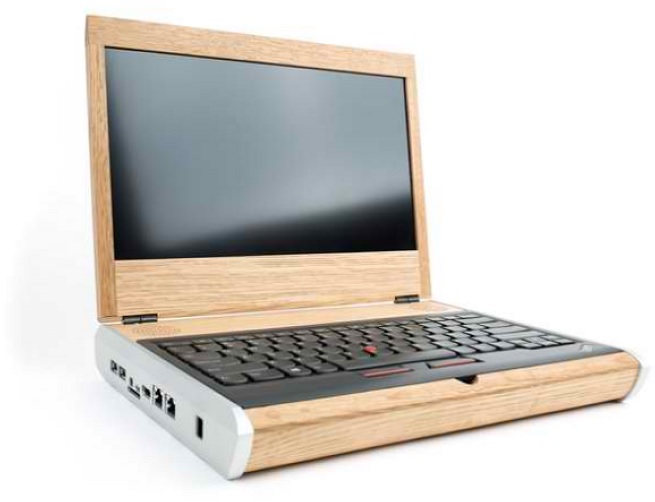 Above: Heirloom model of Novena.

Huang is working on the project with fellow hacker “xobs,” Sean Cross. They are operating under the name Sutajio Kosagi. They started it as a hobby project in June 2012. By December, they had their first working board. They showed off a prototype for a laptop in December and got an overwhelming response. So they created a new version of the case and they got a prototype working in the past few weeks. Now they have a real design.

The screen is “self opening” as it springs open so you can access the actual hardware below the keyboard. You can pick your own battery and determine how long you want the power to last.

This project has an “heirloom model” that craftsman Kurt Mottweiler designed. It will sell for $5,000.

“This is something you can keep for a long time,” Huang said. “You can hand it down for generations to come.”

While Huang is selling the device, he sees the project more as an experiment in the “do it yourself” hardware market which is gathering momentum.

“With crowdfunding, there is now a way to handle the distribution of hardware,” Huang said. “We can deliver something to you and still keep the team very small and very agile.”

“Open hardware is about building communities around platforms,” he said. “It’s a labor of love. If you use it, please contribute back to the community.” 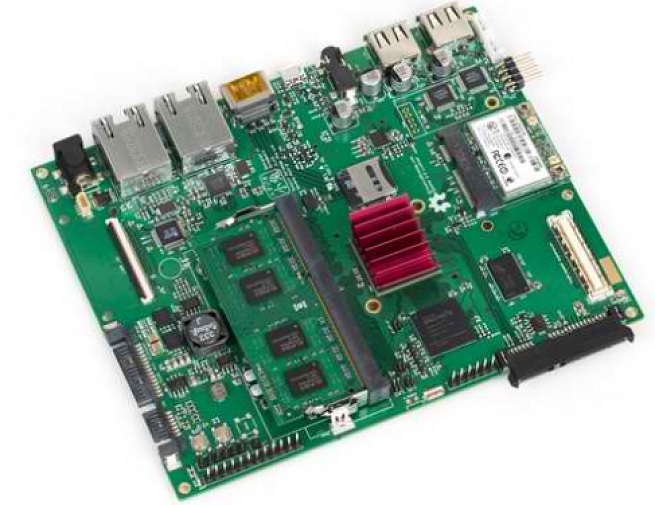 Above: The Novena main board.