This contains spoilers for BioShock Infinite and its Burial at Sea DLC.

Few games make my brain hurt as much as BioShock Infinite.

With last week’s release of Burial at Sea: Episode Two (for PlayStation 3, Xbox 360, and PC), developer Irrational Games completed its BioShock mythology. The downloadable add-on content takes place after the events of Infinite, putting heroes Booker and Elizabeth in Rapture, the underwater city from the original BioShock. Upon finishing it, I realized that Irrational stumped me not once, not twice, but three times: first with BioShock Infinite’s ending, then with the cliffhanger from Burial at Sea: Episode One, and now with the ending in Episode Two.

During my search for answers, I had to brush up a bit on BioShock history (you should, too, before reading any further) to understand how Irrational connected Infinite’s story back to the first game. Though some fans are happy with the ending, and others are visibly more upset, both camps continue to give their own interpretations of the story across forums, social media, and comment sections from around the Web.

Here are some of the best theories I found, ranging from the plausible to the fantastic. Hearing about them gave me a new appreciation of the story and its characters, and though Irrational’s time with that universe is over, it has given us enough material to sort through for at least a couple of decades.

Breaking the cycle of violence

One question that Elizabeth struggles with in Episode Two is why she bothered returning to Rapture at all. Though she never explicitly says it, her conversations with the imaginary Booker DeWitt, flashbacks with the Lutece twins, and her various black-and-white visions imply that she feels guilty for exploiting Sally in Episode One — going as far as turning up the heat inside the vents to lure her out — just so she could take revenge on the last Comstock.

YouTube user Noah Caldwell-Gervais explains this theory quite eloquently in the video above, where he examines how BioShock Infinite’s DLC ties back to the main story. Once Elizabeth accepted her fate, he says (starting at the 34:15 mark), “Elizabeth is finally free from guilt. Her debt paid in full. Burial at Sea isn’t about escape. It’s about ending the cycles of exploitation and violence that plague the DeWitts.”

I like this idea. In her quest of righting her father’s wrongs, Elizabeth succumbed to the same sins that Booker and Comstock committed. Booker sold his daughter, Anna, to pay off his gambling debts, hiding his shame at the bottom of a bottle. Comstock took Anna and imprisoned her in a tower, and he selfishly harnessed her special abilities for his own twisted schemes. And in Rapture, powerful men and women took advantage of young orphans, turning them into Little Sisters against their wills.

Arguably, Elizabeth became a part of that cycle the moment she kills Daisy Fitzroy in Infinite, a streak that continued when she stepped foot in Rapture. She already had an agenda: Get Comstock to remember who he was by threatening the life of a little girl he cares about. Sally was just a tool for her to use. Horrified by her behavior, she goes back to Rapture to repay her “debt” to Sally. 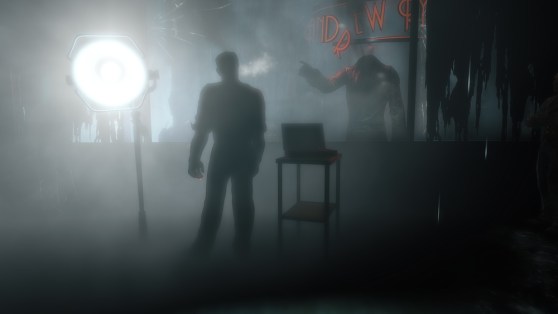 Some people thought that one of the reasons why Elizabeth sacrificed herself is because she has nothing left to live for. She killed her father (and “only friend”) so Comstock wouldn’t exist. Even though she had the power to travel to other worlds and possibly start a new life, she doesn’t go through with it. The only person she ever loved is Booker, hence the imaginary version that shows up in Episode Two.

Reddit poster Smartasm sums it up: “The circumstances [after BioShock Infinite] made it impossible for Elizabeth to have a normal life and to be happy. But she wasn’t some sort of deity — she was a normal girl with human emotions and desires. She didn’t want omniscience — she longed for simple human happiness, but she wasn’t destined to ever have it.”

In a similar discussion thread, Oogity_Boogity_Boo adds, “She had the power to make things better for so many others, and she took it. I wouldn’t say that Elizabeth was ever happy, but I certainly think that, knowing how things were going to turn out for the best, she was satisfied.”

It’s a bleak way to look at Elizabeth’s life. But it makes sense when you consider how little she cared for herself during the lobotomy scene and her final encounter with Fontaine. If she did care about her well-being, she would’ve never returned to Rapture: With the ability to see through all of the “doors,” she would’ve seen her own death behind them. But she still decides to march down that dark hallway, knowing that her death will one day grant Sally, and the rest of the Little Sisters, their freedom.