Watch out Pocket and Instapaper. Facebook might be building its own method for saving articles and posts for later.

One of our team members noticed that a “Save” button was present on some of the content in his Facebook News Feed.

Here’s what we saw:

Facebook appears to be quietly testing this, and the feature has not been rolled to all users.

It’s also unclear whom exactly Facebook has partnered with (if anyone at all) and what that partnership looks like, given the inconsistency of the new button’s presence across different links.

However, this potential new feature does fit in nicely with all the news reader-type features and changes Facebook has been rolling out, including hashtags, the “Trending” section now on the right side on desktop, and the recently released Paper app.

Take a look at the screenshots we took of the feature. 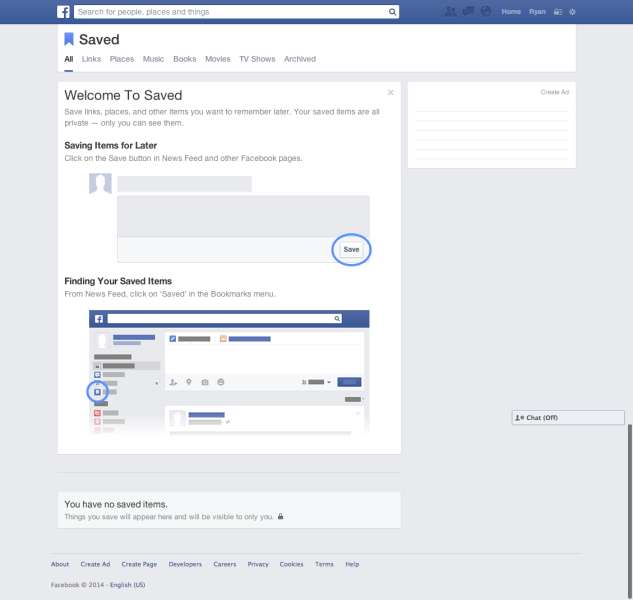 Above: Facebook's new "Saved posts" queue. If you have it, you'll find it at facebook.com/saved