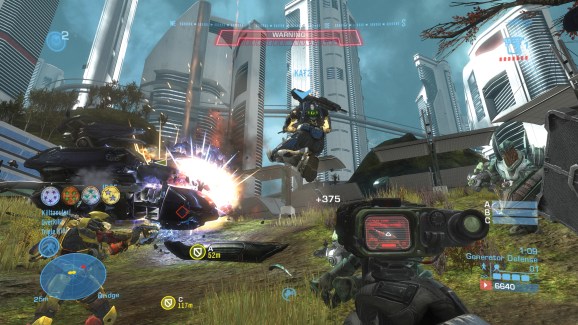 Microsoft’s Xbox game division just got a new boss, but that wasn’t the end of its organizational shakeup.

The developer confirmed to GamesBeat that it has cut an unspecified number of jobs this week. Early this morning, former Microsoft Game Studios employees started tweeting about the layoffs. We reached out to the company, and a spokesperson explained that Microsoft is still investing in the division.

“At Xbox, our goal is to constantly create new fun, social, and interactive entertainment experiences. As part of our commitment to this goal, we are always evaluating our development priorities, and there are times when decisions need to be made to realign plans and refocus our efforts,” the Microsoft spokesperson told GamesBeat in a statement. “Microsoft Studios continues to grow as an overall organization as we focus and invest in key priority areas that will drive future profitable growth.”

Cutting through the business-speak, Microsoft Studios’ budget is still intact, but the developer is laying off employees to free up even more resources for other projects.

This move comes just three days after former Microsoft Game Studios chief Phil Spencer got a promotion to head up the entire Xbox business. He was just one of the latest appointments made by Microsoft chief executive Satya Nadella, who took over that post from Steve Ballmer in February.

Microsoft’s game business is coming off its most successful system ever in the Xbox 360. It is now trying to re-create and build on that success with the Xbox One, and that device is off to a fast start. It is selling better than either the original Xbox or Xbox 360 had at this same point in their respective life cycles. That’s not preventing the Xbox One from falling behind its primary competitor in Sony’s PlayStation 4. Global estimates have the PS4 at 6 million units sold while Xbox One is closer to 4 million.

The Xbox One is trailing the PS4 largely due to the $100 price difference. Microsoft’s box is $500. Sony’s is $400. Additionally, Microsoft put a bit too much of emphasis on the Xbox One as an “all-in-one” media device rather than a gaming machine, which seemed to rub early adopters the wrong way. Spencer has already said that he is putting games first despite the fact that he is also now in charge of Xbox Music and Xbox Video.