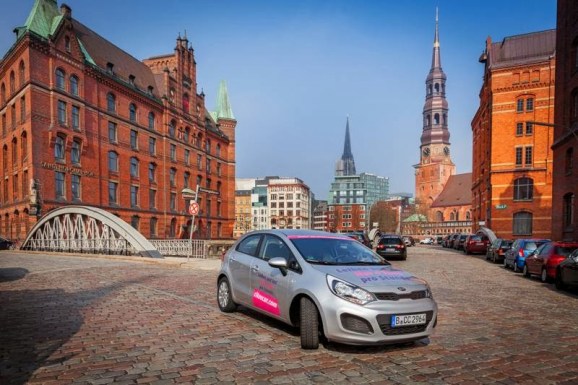 Backed by Mangrove Capital Partners, CiteeCar combines features of a traditional car rental service (like ZipCar), with aspects of car sharing (like Lyft). CiteeCar holds a fleet of rental cars and gives them away to hosts for a year (note: hosts have to apply, and there’s high competition to be a host). The hosts get limited access to the car for free in exchange for parking the car on their property. These vehicles are then picked up by CiteeCar users for “as little as €1/hour,” the company’s press release claims.

This model works because it eliminates parking costs, the company says. You’d think potential legal issues like damage and theft would mean higher prices, and yet CiteeCar claims to successfully run a fleet of over 500 cars. The company gives away rentals, people host them, and then the cars are shared amongst users.

Mangrove investor Michael Jackson tells VentureBeat that CiteeCar will expand the company’s “operations in Berlin and in other cities in Germany as well as enter one or two new markets in Europe.”

It doesn’t look like a U.S. launch will arrive any time soon, though. Jackson says “consumer attitudes towards car ownership seem to be changing faster in Europe,” but he wouldn’t rule out a U.S. launch entirely.