Mobile monetization is a lawless territory, and not every pioneer is as honest as they should be.

People are spending much more time on mobile devices than they are on desktops, and advertisers are scrambling to shift dollars over to mobile in order to catch up. The trend looks to continue for some time.

However, the mobile monetization landscape remains daunting for millions of companies. To buy an ad on a publishing site, it can take working through up to four or five middlemen — agencies, networks, ad exchanges. Questionable business practices have emerged, where some of these middle players take a cut of the action without transparency or agreement on what metrics will constitute an effective campaign. There is no central standard body, no judge, no single protocol. Mobile monetization is badly broken.

That’s why we’ve invited 180 top mobile digital media and brand executives to the fourth annual VentureBeat Mobile Summit, in Sausalito, Calif. on April 14-15 for an intimate debate about how best to deal with this new mobile world. We’ve kept a few last seats available. You can apply to participate here.

Consider the latest controversies. Top players like Apple and Facebook are crafting new, more restrictive rules around how third parties are allowed to target their phone and app users. Apple and Facebook have kept quiet about much of their thinking around their policies, but each of them has signaled user privacy concerns at least partly drive them. Apple has restricted use of its IDFA as an identifier, and Facebook has kicked out players like HasOffers as a third-party measurer of ad effectiveness.

But in so doing, these big players have shut down what could be the equivalent of the cookie — the Holy Grail of advertising on the desktop web. There’s no agreed way for third parties to reliably track users across apps, and so everyone is trying to develop workarounds. Result: mass confusion for the rest of ecosystem. Ad network players have created complex chains of relationships, sometimes resulting in inefficient re-brokering of ads that can bid up rates for advertisers. Advertisers hate this.

The stakes are high, because just about every one of the hundreds of millions of businesses worldwide needs grow its mobile profile on mobile — from the single-person owner of a laundromat to huge companies like American Express, Walmart, or Ford. But these players are left in the cross-fire of the biggest mobile players — Google, Facebook, and Apple — which are vying for top-dog status by taking measures to control their user data often for their own advantage. While Apple has tightened up use of its IDFA, it is also apparently preparing to beef up its own iAD mobile ad program by baking a tracking technology directly into its iOS. Some see this as a way for Apple to finally grab at some of the billions of dollars of mobile ad revenue that has been fueling Facebook’s meteoric rise.

Since there are no agreements on how to target ads, personalize them, or measure their effectiveness, many brands are abandoning the traditional notion of advertising (display advertising) in favor of other methods. They’re experimenting with things like predictive technologies, or knowing what actions customers are taking now that are likely to lead to a purchase down the line.

They’re also eyeing emerging technologies, such as wearables. We will have thought-leaders addressing each one of these areas. For example, Lior Ron, product lead for the new Moto 360, the first smart watch based on Google Android’s Wear platform, will lead a workshop on the future of wearables.Having a reliable way to track the effectiveness of mobile marketing is one of the biggest challenges.

Players like HasOffers and Appsflyer sprung up to help track ad effectiveness by measuring via a single SDK which ad networks and publishers perform best at leading to conversions (clickthroughs, installs, purchases).

But Facebook, which is now the biggest mobile publisher on the web, has cracked down on how long third parties like HasOffers can hold onto its user data. When it found that HasOffers, one of the most popular services to track ad conversion, was holding on to data for longer than 90 days, it booted HasOffers out of its ad measurement partnership program. With many questions left unanswered about how to attribute mobile advertising accurately, it’s natural that we will have HasOffers’ Peter Hamilton lead a discussion at the Mobile Summit on this topic of “attribution.”

We’ll have most of the other big mobile ad players represented at the Summit too, from Facebook to Google and Twitter. Google’s Brendon Kraham will talk about Google’s emerging ad products at a time when there’s chatter in the marketplace that Google is about to make several big announcements around its mobile advertising offerings later this month. Mike Abbott, a partner at Kleiner Perkins, will moderate a discussion with Alex Roetter, Twitter’s vice president of engineering and revenue. Twitter, of course, has become the second most important mobile ad publisher after Facebook.

We’ll also dive into some of the more cutting edge practices around monetization. For example, Gregg Colvin, U.S. chief operating officer of Universal McCann, the global media agency, will talk about targeting specific “moments’ for monetization and other business efforts. When a mobile gamer has just completed a level of a game, and is feeling happy, that may be the perfect moment to hit that gamer with an ad or message. Colvin has become an early advocate of innovation in this area, and he’ll discuss this with Brian Wong, founder of Kiip, a mobile game ad company that says it reaches 60 million customers.

Twitter cofounder Biz Stone will speak at the Summit about his new company, Jelly, which is using new design formats. 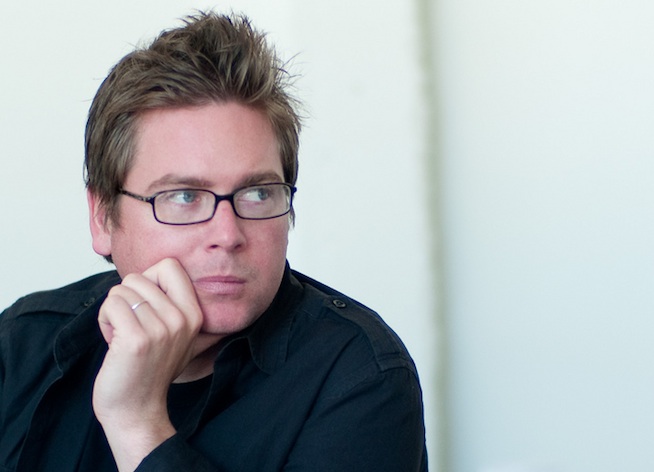 We’ll also have some of the largest brands represented to explain their strategies around spending in mobile.

For example, Supercell, the Finnish mobile game developer with titles such as Clash of Clans and Hay Day, is one of the most successful gaming companies in the world in the world. Irene Foelschow, head of the company’s strategy for acquiring users, will talk about some of the complex supply chains of ad networks and exchanges it has to negotiate before its ad money translates into a conversion at another publisher’s site. Supercell says it is blacklisting ad networks that participate in ad-rebrokering, because the practice lowers revenue to publishers.

ESPN, in another example, has long been a leading player in mobile. At the Summit, ESPN’s representative will elaborate on how it is staying ahead with new content strategies. And Lowe’s, the large home improvement chain, is busy avoiding hype around performance-driven advertising, where users are tracked closely and every click or action can be optimized for sales. Instead, Sean Bartlett, the company’s Director of Digital Experience, will explain how Lowe’s is focused on providing value in other ways, for example by making its app experience useful — by allowing shoppers to easily navigate the company’s product pages, create shopping lists, and track personal accounts.

The buzzy new Silicon Valley anonymous social startup Secret, fresh off a major funding round, will explain how it’s realized spectacular early results in engagement. The company says that 90 percent of its users that engage in a conversation come back within the week, often several times per day. Secret cofounder Chrys Bader-Wechseler will talk about how the company uses analytics product Mixpanel, a service that can deliver stats on the fly, like how many people come to your app from say, Twitter, that are male, in a certain age range, and have uploaded at least five photos over the last couple of days. Mobile investor Rich Wong of Accel Partners will moderate that conversation.

The mobile masters will offer up other lessons. One is that it may be time to break your mobile app into five different apps, or even a hundred. Most companies still mistakenly believe they have to cram their mobile sites into a single app. But leaders like Google, Yahoo, and LinkedIn have realized its better to build a separate app for every distinct service you want to offer, each with its own front-end logic and back-end infrastructure.

Google has 73 apps and Yahoo has 135, at last count. LinkedIn’s Kiran Prasad, Senior Director of Mobile Engineering, LinkedIn, will explain at the Summit why LinkedIn has only five.

Across the Summit’s two days, we’ll hear from several players that are stepping in to help with cross-device advertising. Targeting users with personalized ads can best be done if you can track them across their usage on mobile and desktop. But that’s hard, because most companies can’t do that at any scale — with two exceptions, Google and Facebook.

Those two mobile gorillas alone have the reach that can match users as they cross between mobile and desktop usage. Google can do this because it owns the world’s most popular operating system on mobile and has millions of users of its desktop Gmail and productivity software; Facebook can do this, because it has huge usage of its mobile app and desktop apps. Those two players are exerting control over user information, leaving other companies scrambling to come up with good-enough alternatives.

Twitter is a runner-up. Apple, too, is trying to catch up, though its user reach on the desktop is still puny. Apple does own the popular Safari browser, but that doesn’t require logging in, and few people sign in to Apple’s other software. That has sparked efforts by players such as Drawbridge, Criteo, and others to create alliances to get around the control of the top-two behemoths. We’ll hear from representatives of Drawbridge and Criteo as they discuss their triangulation techniques around user identifications, even as they maintain alliances with the large companies.

A string of other players, including Mopub, the realtime bidding service recently acquired by Twitter, as well as NativeX, Onswipe, Vungle, Groupon, Localytics, and Tapjoy will be participating at the Summit, talking about everything from the right ad formats, to tricks on how to use mobile for local commerce.

In short, the who’s who of mobile monetization will be at the Summit. It’s a great place to network with the leaders of mobile. The event is invite-only, and unfortunately we can’t accommodate everyone who applies to come. We have hundreds of people on the waiting list.

But we’ll be reporting on the event so our readers can follow along. At the event, VentureBeat will also be releasing more details around our mobile monetization survey and will publish much of the results online. We are collecting what is arguably the largest sampling of surveys from mobile ad product users, which is allowing us to know which ad vendors are doing well and which ones aren’t.

Looking forward to sharing more with you on these topics April 14-15!

Thanks to the following industry leaders for supporting Mobile Summit: Groupon as Platinum Partner; ADT, Factual, Life360 and Tapjoy as Gold Partners; HasOffers, NativeX, and Sequoia Capital as Silver Partners; Kingsoft Office as Event Partner; and VSC as Strategic Partner.