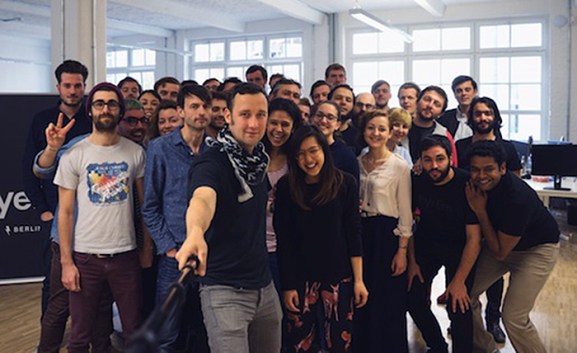 EyeEm, the photography community and marketplace, keeps growing and announced this week they got Flickr’s head of product, Markus Spiering, on board.

Markus Spiering, who was named one of Silicon Valley’s top 40 under 40 by the Silicon Valley Business Journal in late 2013, was available for a short talk with VentureVillage and shared some personal views about his new position.

Originally from Berlin, he said he was excited to return to his hometown to work with EyeEm and to get involved in the startup environment again. Having been in touch with EyeEm co-founder and CEO Flo Meissner for over two years, he has always been interested in the product.

“We had inspiring talks about the market and growth. The best was to discuss ideas, innovations, and product development, though”, he states.

Finally, the decision to join the EyeEm team was influenced by three key factors:

“EyeEm’s vision, truly impressive technology, and the quality of people are the reasons that convinced me that this would be the right next step for me.”

He continued, “Personally, I see that EyeEm has the potential to be one of the global players. And what is more exciting than being part of building a world-class product?”

The knowledge and learnings he already gained in his past and in this market are definitely a plus he can use in EyeEm’s continuing expansion into the U.S. market.

“We feel honored and are understandably excited to have Markus on our team“, says Florian Meissner, co-founder and CEO of EyeEm.

EyeEm is on a pretty fast track right now: Later this year, the company will launch EyeEm Market, a portal where clients can purchase images taken by EyeEm’s worldwide community of over 10 million photographers.

If you want to see the world through Markus Spiering’s eyes, you can of course follow him on EyeEm.