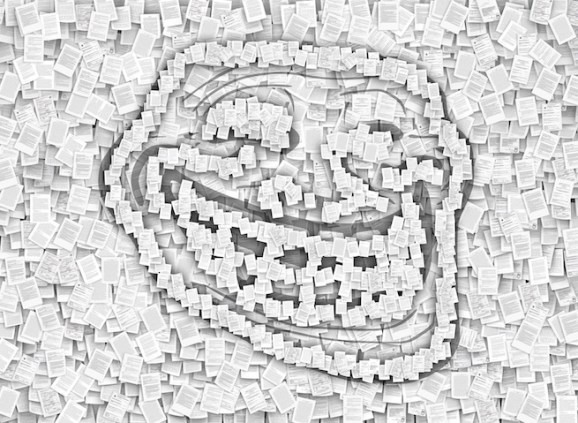 There’s a new coalition in D.C., and big players like Apple, DuPont, Ford, GE, IBM, Microsoft, and Pfizer have all signed up. Unfortunately, launched on the day the Senate was supposed to take up the latest effort to reform the patent system, the coalition’s sole purpose appears to be an effort to derail the important strides we’ve made toward fixing the patent troll problem via the proposed Innovation Act legislation.

So what is it about the Innovation Act (and other legislative proposals being discussed in the Senate) that this coalition thinks will harm both their businesses and ability to build innovative products?

These companies were all startups themselves once, and protecting startups that cannot afford to protect themselves from patent trolls is at the heart of the Innovation Act. The startups being targeted by patent trolls have less than $10 million in revenues. They are in no position to hire a patent lawyer to understand the scope of the threat they face — let alone pay the millions of dollars it would cost to take case to court. Even worse, startups are too often short on talent, so they do not have the luxury of using their current employees to read and understand vague patents with “fuzzy boundaries”.

Today’s trolls send out scores of demand letters that make vague assertions of patent infringement while requesting “licensing fees” of $100,000 or more.

The cost of trolling, on the other hand, is minimal. Trolls also typically render themselves litigation-proof by creating shell companies with no assets, should they fall into legal trouble from a wrongful suit.

We need real reform that will stem the tide of the troll epidemic, while maintaining protection for patent holders to enforce their legal rights. This is precisely what the current proposals would do.

It is nearly impossible for a startup to find the resources to fight a patent suit. The promise of seeing some of that money back at the end makes securing the resources easier.

Meaningful fee shifting will discourage the most egregious actors — those without meritorious cases — from suing in the first place; and joinder provisions are necessary to make sure that the real party in interest — the one that really owns the patent — can be held liable for the trolling activities of shell entities are also essential. In other words, no more hiding behind shell companies.

Patent trolls benefit greatly from asymmetry of information. They are able to file suits with vague and limited information, leaving companies with no choice but to consult a lawyer about the scope of the threat they face. Most startups don’t have an in-house lawyer at all, let alone one who specializes in patents.

Those bringing suits should set forth the basic framework of their case — who owns the patent, what product allegedly infringes the patent, and what parts of the patent are at issue. This would, at minimum, give startups a basic and common-sense understanding surrounding the threat, allowing them to make more informed decisions on how to proceed.

Discovery is one of the most onerous and expensive parts of patent litigation. When startups face companies solely in the business of licensing and litigation (e.g., oftentimes a patent troll), they find themselves facing outrageously expensive motion practice that has little to no impact on their adversary.

Reasonable limits on initial discovery will help incentivize startups to fight the trolls in court. This will, by default, incentive those trolls to only bring meritorious suits.

Patent trolls are legally able to send vague licensing demands, full of threatening legalese, and startups are again left with no information to understand the scope of the threat they face.

Demand letters should include concrete information on the patent holder’s claim to give recipients needed information; and demand letters sent in bad faith should be actionable. Those senders should not be able to take advantage of the patent system and extort money from high-growth companies that are rebuilding the economy.

Startups can sometimes find themselves facing expensive litigation for a product they obtained from someone else, or they might find their customers facing suits for using their products. In either instance, startups need tools — like robust stays — so manufacturers and suppliers can step in and join the defense.

The harm resulting from the patent troll epidemic does not just impact startups; it creates an environment where startups have a negative impression of the patent system and are therefore significantly less likely to positively engage. A recent study from the National Sciences Foundation found that in the information sector (which includes software, Internet, and Data processing) only 10 percent of companies found utility patents either “very” or even “somewhat” important.

We need comprehensive patent reform to level the playing field for all innovators so they are no longer victimized by a litigation system stacked in favor of trolls. The legislation must realign the patent system with its founding principles — to incentivize innovation and the progress of technology. This includes protecting patent owners’ rights along with the rights of those facing patent threats. To be clear, there is nothing in the Innovation Act, or other proposed legislation, that would stop a legitimate patent holder from bringing a meritorious case for infringement.

To wit: our government grants patent holders a 20-year monopoly. Asking those who benefit from such monopolies to do basic minimal research before filing or threatening a lawsuit, or to actually inform the public about who really owns a patent is not onerous — it is part of a fundamental bargain between a patent holder and the public, and is probably something every responsible patent holder is already doing.

So why are companies like Microsoft, IBM, GE, and Ford trying to slow down this legislative process? Simply put, spending millions of dollars on patent resources has proved a good way to make money and to shut out their competition — high-growth, disruptive, and nimble startups. We must not let these entrenched interests get in the way of fixing a broken system.

Julie Samuels is the executive director of Engine, a research foundation and advocacy organization for tech entrepreneurs. Previously she was a Senior Staff Attorney and the Mark Cuban Chair to Eliminate Stupid Patents at EFF. Before becoming a lawyer, Julie was an assistant editor at the National Journal Group in D.C.