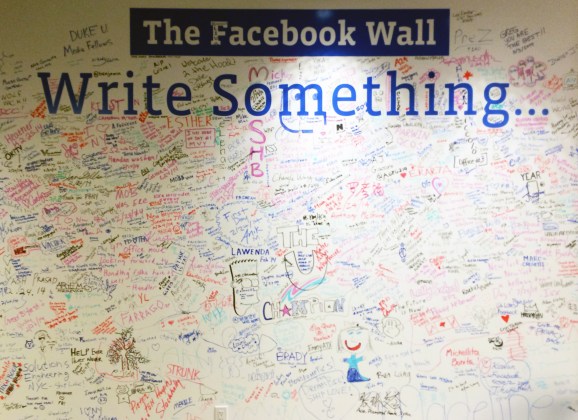 Monitors that surround the privacy team show (often confused or vituperative) comments from real people, who respond to the 4,000 surveys that Facebook runs each day to assess how its user base feels about privacy on the world’s largest social network. It’s part of its internal and external effort to position itself as a privacy-friendly company.

But Facebook is no privacy champion. It just wants you to feel comfortable enough to share the maximal amount of material so that it can continue to make money on the data we create.

“We understand that some people have felt that Facebook privacy has changed too much in the past,” said Michael Nowak, a product manager on the network’s privacy team. “When people have unpleasant experiences … it’s bad for them and it’s bad for us.”

That audience indicator is now more prominent on mobile devices thanks to Facebook’s latest app updates.

And on desktops, Facebook is beginning to roll out a “privacy checkup” feature. If you post a string of material publicly, a window with a friendly, blue dinosaur will inevitably pop up to ask with whom you want to share your next post.

Lastly, Facebook members can now make their past cover photos private, as they can with profile photos. The company intends to roll out that feature “in the coming weeks.”

“There is no one experience or privacy product we can ship that will make a perfect privacy experience for everyone on Facebook at all times,” said Nowak.

Facebook treats some data as “publicly available information” that people cannot make private: your name, your current profile picture, your current cover photo, your networks (such as your college), your gender, and your username. Beside your networks, which you can leave, the only way to make that other information private is to delete your Facebook account.

Facebook’s rationale for keeping that data public is that it creates a better user experience.

“We think those types of information really express who you are,” said Reylene Yung, an engineering manager at Facebook. “It also helps you, as the person who uses Facebook, find the right people to connect to.”

She might have added that it’s also extremely valuable information for advertisers.

And we all know that teens have the best judgment on what to share online.

We’re not trying to characterize Facebook as an evil, data-hungry behemoth. Rather, we are trying to remind folks that Facebook earns its revenue from your data. It’s not actively encouraging you to keep your data private; it wants to ensure you’re comfortable so you share more — ideally, with the whole, wide world.