Developer Telltale Games’ series based on Bill Willingham’s Fables comics has been a bit emotional so far. We had the super impressive first episode, and then we had the slightly less-good — but still really good — second part.

Well, the third installment, A Crooked Mile, is out now for PC, Mac, and PlayStation 3 (and later this week for Xbox 360 and iOS), and I didn’t know what to expect when I started it up on my 360. It’s probably better that I went in that way, though, because I hate to think of the kind of day I’d have to have before I came to expect the emotional and physical brutality that runs throughout this two-hour game.

You know the drill by now

I could just copy and paste the “What you’ll like” section from the first two reviews, but my bosses don’t like that. Something about not wanting to pay me twice for the same work. Misers.

So I’ll just briefly recap that the writing, characters, art direction and music are all still among the best you’ll find anywhere. The decisions feel weighty and significant, and the world is full of character and personality. Sure, the personality is often unpleasant. It’s a bit jaded and mean, and occasionally it has to punch people in the neck to get its point across. But that’s what makes it interesting. 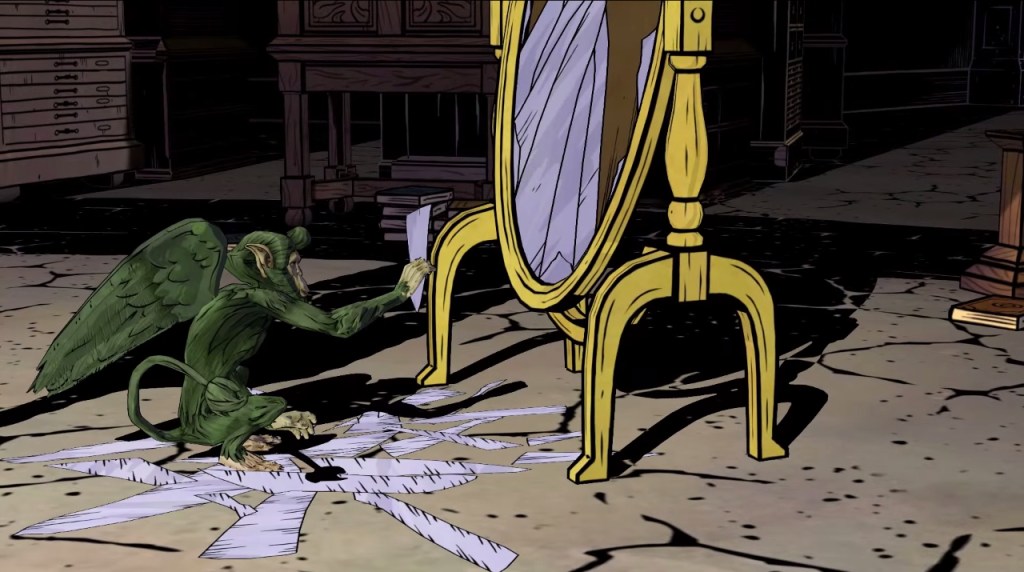 It juggles dialogue and action well

I loved the fight and chase sequences in the first episode of The Wolf Among Us so much that I missed them when Episode 2 focused more on dialogue and investigation. Episode 3 has found a reasonable middle ground.

And it’s funny that I say that because A Crooked Mile doesn’t have any more fighting than Smoke and Mirrors did. Other than having Bigby punch a few bothersome Fables in the snout, I can only recall one brief quick-time event and one (incredibly one-sided) fight.

But why it works here is that the dialogue is incredibly loaded in this episode. Even if you play Bigby as the most good of all good cops, everyone else is either talking about, implying, or committing some violence. The longest (and best) conversations unspool in a fog of tension and ill will, culminating in often shocking bursts of brutality. Like Hitchcock’s films or the writing of Ambrose Bierce, the best scenes play out deliberately and hypnotically, the tension insidiously creeping in and building up to the final horror.

And speaking of which …. 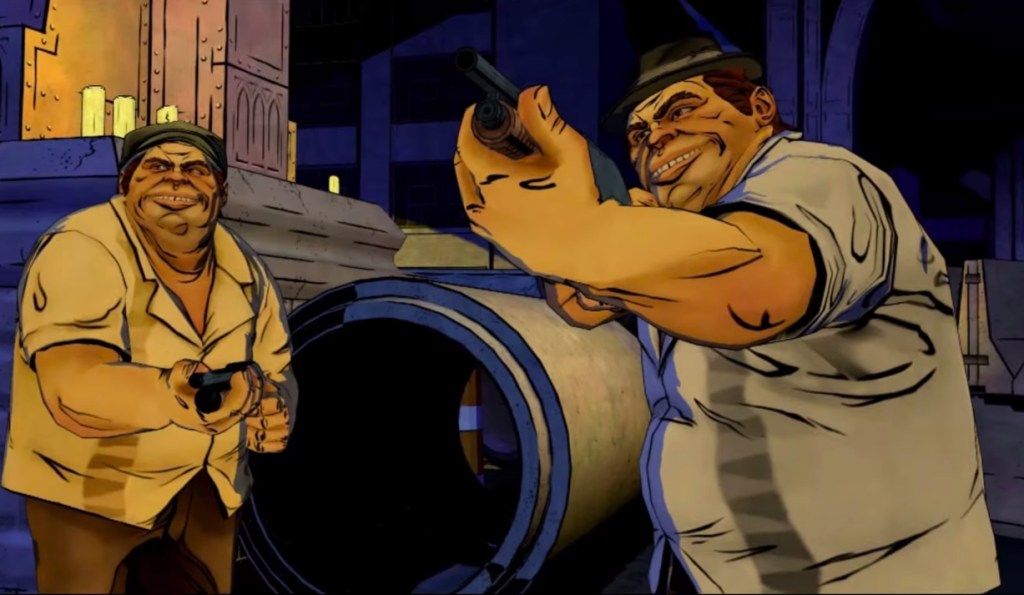 The feeling of escalation

It’s reasonable to expect that a series like this would raise the stakes as it goes, but every episode must also be relatively self-contained with its own story arc so that players feel like they’ve actually experienced and accomplished something.

A Crooked Mile brings up the intensity and complexity of the entire series with new revelations, a sinister and unseen criminal mastermind, and an ever-deepening pit of conspiracy. But more immediately, it offers that same sense of increasing tension and peril within itself. Quiet moments end with startling revelations or sudden outbursts, and every scene builds on the horribleness of the last until the final bloody showdown.

And this even extended to how I played Bigby. At the beginning of the chapter, I was doing everything I could to make him act as reasonably un-big and not-bad as possible. “My” Bigby is trying to put his evil past behind him and move on. But the increasingly dire events wore on him (meaning me), and when I had a chance to do something truly horrible at the end, I took it because I had reached my “screw everything” point.

This happened over the course of two hours. It’s pretty great storytelling, is what I’m saying.

You still can’t lose those prompts

I mentioned this in the last review, but it bears repeating: The Wolf Among Us won’t let you turn off the immersion-breaking little cues that appear when characters mark your actions (e.g. “Snow will remember this.”). They’re distracting, and they make me feel like the game is reducing my hard-weighed decisions to ticks on a scale. And even worse, their appearance makes some decisions more meaningful than others.

In one scene, however, Telltale uses the pop-ups to make a cute joke, and it was funny. But I would find a way to live without it if it meant that I didn’t have constant indicators of which of my choices actually mean anything.

After the ever-so-slightly lackluster Smoke and Mirrors, A Crooked Mile brings the series back up to its promising beginnings. The plot is increasingly dire and bleak, but it’s also one of the most sharply written games in recent memory. Here, just past the halfway point, I’m completely on board, and I can’t wait to see what happens next.

The Wolf Among Us Episode 2: A Crooked Mile is out now for PC, Mac, and PlayStation 3; tomorrow for Xbox 360; and an iOS version is coming soon. The developer provided GamesBeat with a free Xbox 360 download code for this review.