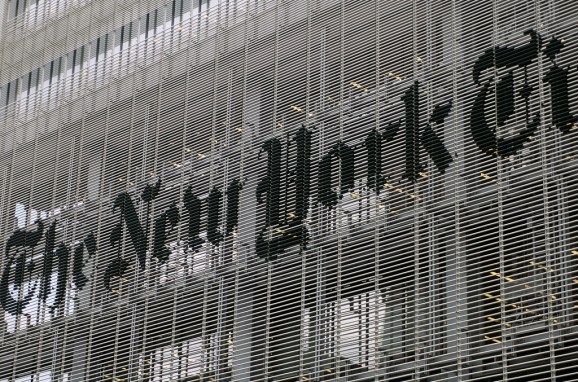 When Facebook purchased Oculus VR for $2 billion last month, many people got rich — just not the funders that helped get them to that purchase price.

The company, a mere 18 months old, got its market validation from a Kickstarter campaign. 9,500 contributors ponied up $2.4 million to preorder its virtual reality gizmo — another shining example of the power of the crowd to back initiatives they believe in. Yet none of these backers received a penny from the acquisition, because their support was in the form of donations and not investment.

Even though President Obama signed equity crowdfunding into law two years ago, which would have allowed these backers to own equity in Oculus and potentially profit handsomely, the law has yet to “go live” and permit average Americans from participating. If equity crowdfunding were available today, those backers might have seen a 400x return on their investment in 18 months. Hence, it is easy to understand why those backers would be upset.

But they shouldn’t be upset at Oculus or Kickstarter, which were following the current rules. Rather, Oculus backers should be upset at those delaying the regulations that will allow Americans to make their own investment decisions with respect to private companies like Oculus.

A March 29 piece called “How To Harm Investors” by the New York Times’ Editorial Board incorrectly used Oculus as a reason why debt and equity crowdfunding for unaccredited investors should be scrapped. The article calls the SEC’s proposed crowdfunding rules “a joke.” It says that “special interests” were behind the push “to end or loosen investor protections.” And it claims that companies do not have to “meet disclosure and accounting standards.”

Other than being hugely misinformed, the Times’ op-ed is a case study for why further delay in implementing Title III of the JOBS Act is bad for Americans, entrepreneurship, investors, and the economy.

Crowdfunding is no “joke”

First, this legislation was not hastily pushed through. It had its inception a full two years prior to being signed into law and went through multiple hearing in the House and Senate, revisions in sub-Committees, and to the floor for a vote. It was one of the only bipartisan pieces of legislation supported by both Congress chambers and the President in recent history. Rather than being backed by “special interests,” the crowdfunding language in the JOBS Act originated with the grassroots efforts of entrepreneurs, securities professionals, and legal experts to modernize outdated securities regulations that were crafted 80 years ago. These laws were written before most Americans had a landline telephone in their own homes. Today, we live in the age of Facebook and Twitter. Our securities laws and markets could benefit from the same real-time transparency those networks brought to the Internet.

Second, there is no “joke” in the SEC’s 585 pages of proposed rules. The SEC staff and commissioners have approached the regulatory process thoughtfully and we have great respect for the process and intent of the regulators. In addition to the White House, Congress, the SEC, and FINRA, industry and investor advocacy groups have been working tirelessly for the better part of two years to give the regulators the information they need to strike a proper balance between increasing the ease of capital formation for entrepreneurs and the equally compelling need for appropriate investor protections. This very thoughtful legislation “re-regulates” rather than “deregulates” how businesses can go about raising money. It sets forth a system and process whereby issuers that pass a background check can raise a limited amount of capital, and investors can take investment opportunities with a statutory cap on their risk. It embodies the two pillars the SEC was founded on: investor protection and access to capital. People seem to forget the latter.

Third, for the registered funding portals facilitating the transaction, the requirements placed upon them by the SEC and Congress are more stringent than the Times suggests. They may even be (as I wrote in a prior piece) a deterrent. As required by statute, portals will have to provide potential investors with meaningful education about crowdfunding and investing generally, about the illiquid nature of these securities, the risks associated with these kinds of deals, and the numerous risks (like dilution) associated with private market investing. Try to find that information when you click “buy” the next time you purchase a public stock. People will tell you it is there for you to find. But there’s a key difference: Investors must acknowledge an understanding of these risks when crowdfunding.

Fourth, for a specific venture, the crowdfunding portal has to perform mandatory background checks on the entrepreneur. They also require the entrepreneur to provide statutorily required disclosures (like a business plan, use of proceeds, and valuation) so that a potential investor can make an informed investment decision. This is more than what is typically required in the private capital markets.

This won’t be easy for issuers. It isn’t supposed to be. Raising money is serious and the proposed rules bring that home. Entrepreneurs will have a ton of work to do, and if they don’t complete it, portals can decline to list them. Even if they make it through, investors will make hay over questionable deals on the public comment boards — which is why there has been so little fraud in non-equity crowdfunding to date.

The Times piece claims “investors could end up with next to nothing even if they invested in the next big thing.” Thanks to the public markets and the global financial crisis, that’s what the American public has gotten for the past 80 years. Isn’t it about time that we try something new, something that leverages capital using the tools we use everyday to communicate? Isn’t it time we brought securities laws into the Internet age?

Sherwood Neiss helped lead the U.S. fight to legalize debt and equity based crowdfunding, coauthored Crowdfund Investing for Dummies, and cofounded Crowdfund Capital Advisors, where he provides strategy and technology services to those seeking to benefit from crowdfund investing. He wrote this op-ed in collaboration with several crowdfunding industry leaders, including Douglas Ellenoff, Jason Best, DJ Paul, Chris Tyrrell, and Kim Wales.