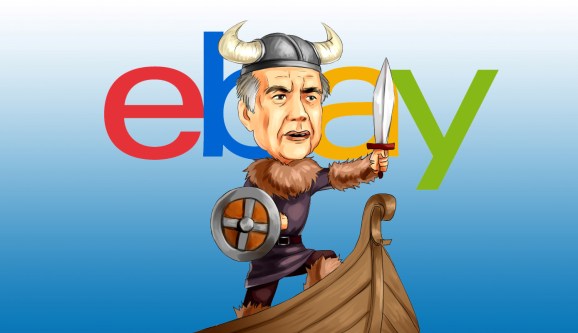 Carl Icahn as a viking aboard the great ship eBay.

One of the loudest board fights of the year has finally come to an end.

eBay said Thursday morning that it has reached a truce with activist investor Carl Icahn, who has harshly criticized the board’s activities, including its handling of the Skype sale.

Icahn will withdraw his two board nominee proposals as well as his proposal to sell a minority stake in PayPal to shareholders, eBay said in a statement Thursday. In return, at Icahn’s urging, eBay will add former AT&T chief David Dorman as an independent director to its board.

“We are very pleased to have reached this agreement with Carl, settling proxy issues and enabling our board and management team to focus our full attention on a goal every shareholder agrees on — growing PayPal and eBay, and delivering sustainable shareholder value,” John Donahoe, eBay’s chief executive, said in a statement.

“As a result of our conversations, it became clear that Carl and I strongly agree on the potential of PayPal and our company. I respect Carl’s willingness to work together to drive sustainable shareholder value today and into the future. His record shows that he has done this with many other companies in the past.”

Icahn, who owns a roughly 2 percent stake in eBay, has (very publicly) questioned the board members’ objectivity. He directed much of his rancor toward director Marc Andreessen, who benefited from the sale of Skype at eBay’s expense, he argued.

eBay sold a majority stake in Skype to Andreessen Horowitz, the venture capitalist’s investment firm, for $2.75 billion. Then the firm turned around and sold the service to Microsoft for $8.5 billion.

As part of the eBay settlement, Icahn agreed to a confidentiality pact — part of which stipulates that eBay will not discourage discussions between the billionaire investor and other key company figures.

“I am optimistic that this arrangement with eBay will enhance our ability to discuss large issues affecting the company with greater intelligence and will help to enhance shareholder value,” Icahn said.

Icahn still thinks eBay would benefit from spinning off its PayPal unit. He said he’ll keep pressing his case in discussions with the company — but he’ll do so more quietly.