It’s been a tough week for the Mozilla Foundation with the controversy over and resignation of cofounder and CEO Brendan Eich. But the organization has forward momentum, as shown by newly-released mockups of the promised interface redo in Firefox OS 2.0.

The mockups appeared Sunday on the blog of Sören Hentzschelm, a representative of Mozilla in Germany, and elsewhere.

They show a streamlined user interface to support such features as a new app launcher (expected to do away with “install” in favor of direct app entry via searching), find-my-phone, and predictive typing. Version 2.0 is scheduled to enter final testing in late July.

UI and features are always crucial to a platform’s success, but in Firefox OS‘ case, the 2.0 implementation could mean the difference between achieving more altitude or crashing just as it’s getting some airspeed.

The airspeed comes from some serious partners lined up for Firefox OS, including LG, Telefonica, ZTE, Alcatel, Sprint, and SingTel. But the mass market gravitational pull of Android and iOS threatens its ride, unless the platform can show it is more than a low-end version of Android. 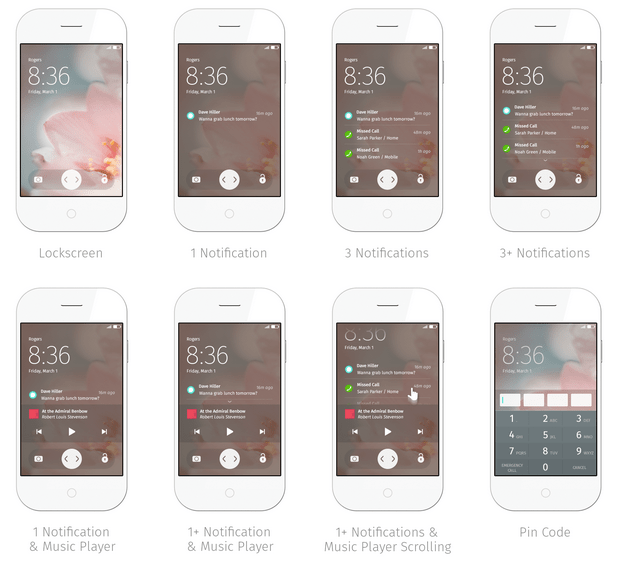 Mozilla is targeting the very low end of the market – unsubsidized prices in the region of $25 or less – and especially looking at emerging markets. The OS is designed specifically for cross-platform HTML5 apps that have access to device functions. This is intended in part to jump-start the app inventory, since Firefox devices will have access to many of the HTML5 apps initially intended for other platforms, plus developers can use existing Web skills.

But Android – and possibly other mobile platforms – are eventually going to get down to whatever price depths Firefox devices occupy. The price differentiation is a temporary foothold.

So, it’s essential that Firefox provide at least basic versions of the functions in an Android phone, wrapped in a modern UI. And it has to have some characteristic features, such as its emphasis on edge swiping as a key gesture and on searching that treats Web and phone as part of the same info space.

2.0’s reception may well determine if Firefox OS really is a contender for third place.