Zynga was looking for something new and shiny, so — like thousands of Americans — it went to Best Buy.

The social-gaming giant announced today that it has a new chief financial officer. David Lee, the former senior vice president of finance at Best Buy, is taking over the position from Mark Vranesh, who will work with Lee over the next few months to help ease the transition. In his new role, the CFO is in charge of Zynga’s accounting, corporate finance, and investor relations. He reports directly to chief executive officer Don Mattrick. Zynga likely wanted someone fresh to help give a boost to its bottom line as it continues its struggle to transition from a Facebook-focused social publisher to a mobile-gaming company. Lee might help with that as he was part of the team that helped Best Buy’s share price surge in value over the last several quarters. 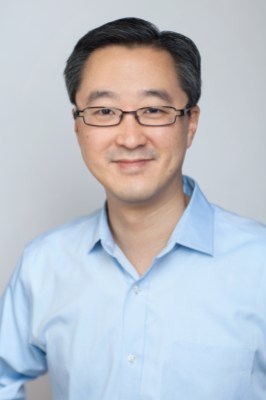 “It is an honor to join Zynga during such a transformative time in the company’s history,” Lee said in a statement. “Zynga reached impressive milestones in its first phase of growth, entertaining more than one billion people with its games and creating iconic, household brands with franchises like FarmVille and Words With Friends. Don [Mattrick] and the leadership team have an ambitious vision anchored by a rich culture of innovation, and I look forward to working with them to build the next chapter of Zynga’s growth.”

If you’re wondering why Zynga turned to a retail specialist to help its digital business, it likely has to do with the performance of Best Buy over the last few quarters. While Lee was on the team, he helped guide Best Buy through a transitional period as more shoppers started looking online. Despite this trend, he was part of the team that helped boost the retailer’s stock 240 percent in 2013. It was one of only three S&P 500 stocks to see a 200 percent increase in share price during that time.

“At the end of 2013, Mark Vranesh and I began working together on a CFO search,” said Mattrick. “We viewed a lot of candidates, had a high bar, and found a leader in David who will be a great addition to our team. David has a deep understanding of business management and a sharp financial acumen that will be invaluable to Zynga’s long term growth and success. He has a track record of fostering cultures of excellence and navigating business transformations through sound counsel and strategic planning. David is a seasoned financial executive whose two decades of experience will deepen our leadership capabilities and I am proud to welcome him to Zynga.”

Mattrick took over the CEO position from founder Mark Pincus in July. His biggest move since taking over was making a $527 million acquisition of mobile-game developer NaturalMotion. He says that he is pleased with the company’s progress.

“The year is off to a solid start and our teams have created a strong base for growth throughout 2014,” he said. “We look forward to sharing details about our results and financial performance during our upcoming first-quarter earnings announcement.”