The newest installment in the BlazBlue fighting-game franchise is heading to Sony’s PlayStation Vita handheld.

Chrono Phantasma, the third major chapter in the series, lands on the portable system on June 24, according to Destructoid. The fighter just came out for the PlayStation 3 in the U.S. on March 25, and the Vita version will retain all of the features of the console edition. 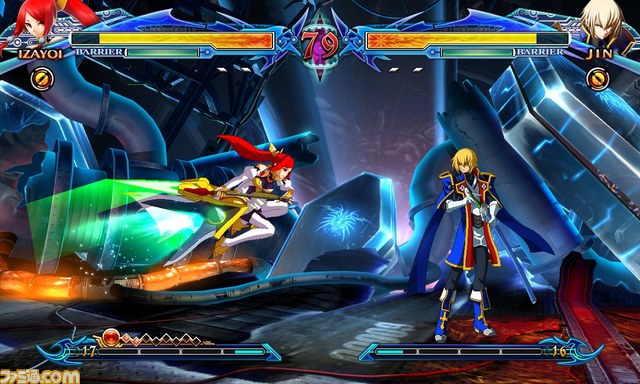 Above: A screenshot from BlazBlue: Chrono Phantasma.

Previously, BlazBlue: Continuum Shift Extend (a beefed-up version of the second BlazBlue) got a Vita release in 2012. Along with other titles like Street Fighter X Tekken, Ultimate Marvel vs. Capcom 3, Mortal Kombat, and Dead or Alive 5 Plus, the portable is becoming a bountiful home for fighting-game fans.

Even among all that competition, developer Arc System Works’ titles, which also include the Guilty Gear and Persona 4 Arena series, stand out thanks to their colorful 2D characters and flashy mechanics.