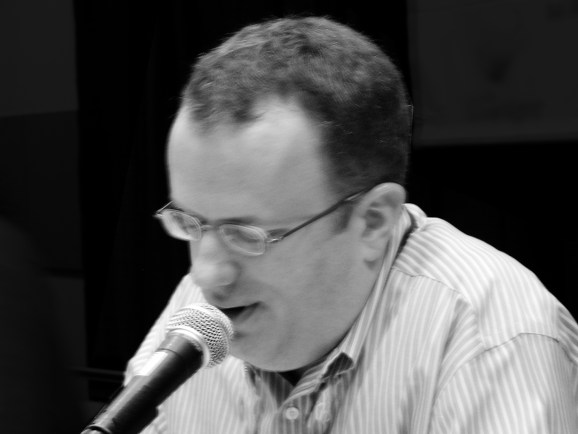 Mozilla CEO Brendan Eich speaking at a conference in 2008, the same year he made his infamous Prop. 8 donation.

Chris Beard, who was just named Mozilla’s interim CEO, should have no problem in settling the waves of controversy that swelled around the organization in recent weeks.

After all, he comes with the full endorsement of the people who ousted the last Mozilla CEO.

Beard’s Twitter stream has been an interesting volley of retweets of articles, most of them less than favorable to Brendan Eich, the former CEO who held the office for a whole two weeks. Eich was forced to resign when his donation to a California proposition that banned gay marriage flamed into a full-blown public scandal for the organization.

Beard even re-broadcast a tweet from John Lilly (also of Greylock), who famously resigned from the Mozilla board over Eich’s appointment as CEO.

The two men appear to be in a mutual-admiration situation (aka they’re friends). “Chris is fantastic; he’s the smartest and most intuitive marketing and product person I’ve ever worked with,” Lilly wrote in 2011 on Beard’s LinkedIn profile, well before bringing him into the Greylock fold.

“I recommend him without hesitation, and would work with him again in a heartbeat. Incredible guy.”

Lilly himself was Mozilla’s CEO for around three years, ending his stint in 2010.

And again, in a post announcing Beard’s new job at Greylock, Lilly wrote, “What’s special about Chris is his ability to really understand the values that are intrinsic to a product and the community of builders and adopters and evangelists around the product.”

And “understanding the values,” as Lilly and so many others would point out, is the key to leading a freedom-focused organization like Mozilla.

Lilly isn’t on Mozilla’s board now, but his words are telling. If Eich’s No. 1 anti-fan is this approving of Beard, then the interim CEO should have no problem winning over the masses of people who called for a Firefox boycott over Eich’s appointment.