One of Silicon Valley’s favorite billionaires, Sean Parker, has just shelled $9 million of his own money into a stealthy new civic startup aimed at increasing civic engagement.

Reportedly, it has the ambitious aim of doing something in American democracy that nearly everyone, except President Obama in 2008, has failed at doing: turning around America’s declining voting rate.

It’s entirely possible to do, but it’s going to be Parker’s greatest challenge. Here’s why, explained in 3 charts. 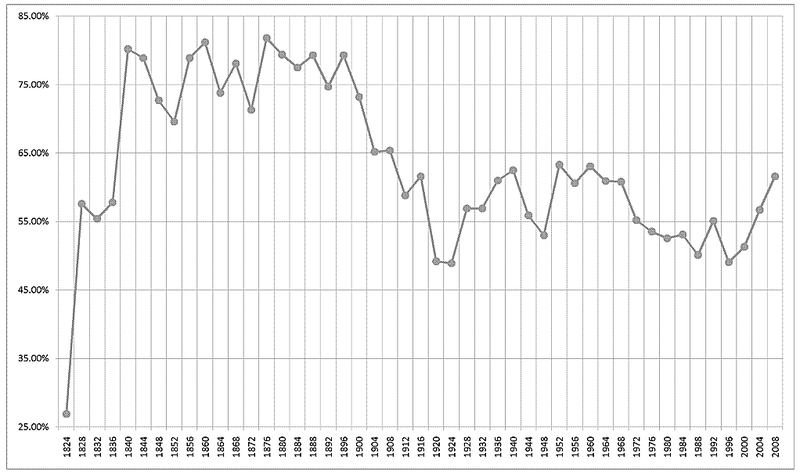 American democracy never recovered from the voter highs of the 1890s, when presidential turnout reached as high as a staggering 81.8 percent. Technology has had a big hand in America’s turn toward passive, representative democracy.

“By the 1920′s, radio broadcasts had replaced mass meetings and all-day orations,” writes Lawrence Kornbluh in Why America Stopped Voting.

“As the role of voters became increasingly passive, it is little wonder that their enthusiasm for electoral politics waned.”

Political operative-funded parties and a more decentralized system made way for mass communication and a stronger federal system. Politicians stopped reaching out, and Americans obliged with a frictionless transition to passivity.

Boosting voting works, but only so well

The absolute best evidence from political science finds that get-out-the-vote campaigns can boost turnout a sizable 9 percent [PDF]. For political campaigns struggling for every single vote, that can mean the difference between a ticker-tape celebration and a teary concession speech.

But on the whole, for American democracy, a maximum 9 percent would mean the difference between a big turnout presidential year and one with lackluster engagement.

Experimental political scientist Alan Gerber has done the most widely recognized work on this subject, randomly comparing citizens who got face-to-face contact, direct mail, and a phone call. The impact ranges from a negligible effect (roughly 0 percent for phone calls) to canvassing (9.8 percent). Likewise, research on the effect of Facebook giving users an “I Voted” badge found a sizable impact of 2.1 percent.

The good news is that it’s entirely possible to boost turnout; but we have no idea how to do it at scale or to come close to the Gilded Age levels. This will be Parker’s great challenge. 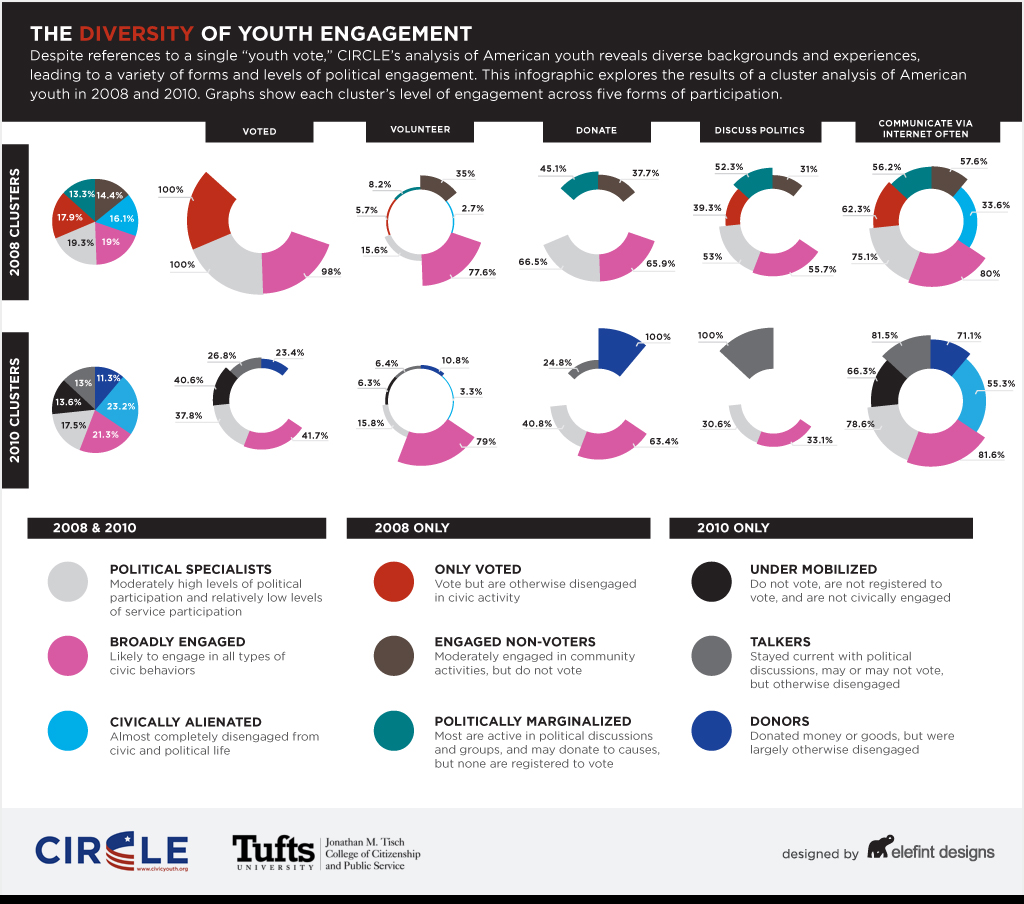 There is a peculiar pattern among Gen Y citizens: They don’t feel that voting is necessary to be a good citizen. They’re more likely to donate money or share a message than turn out on election day. Tufts university found that engaged non-voters make up about 24 percent of the young electorate, while voters make up about 38 percent.

Indeed, my old political science professor, Russell Dalton, has found that younger generations are far more likely to engage with sharing stories or boycotting rather than traditional ways, such as volunteering for a political party or voting.

So, it all depends on what Parker hopes to do. If he wants to radically increase engagement, he’ll have to do something no one in modern social science knows how to do. Not that it can’t be done; it’ll just take some brand new idea.

If he wants to get young voters more engaged, he’ll have to find a way to connect their propensity to share ideas with politicians who want to listen. Either one of these options is an uphill climb — a very (very) worthy uphill climb. Here’s to hoping he can do it.