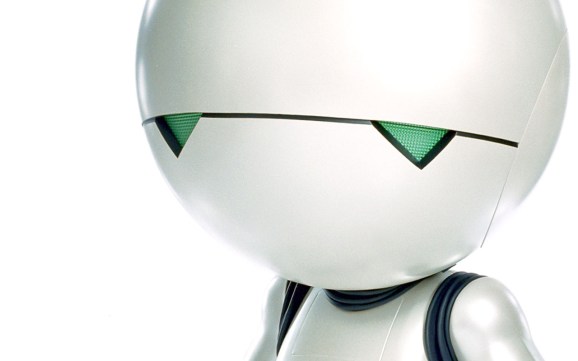 Forty-two is the answer to life, the universe, and everything, according the Hitchhiker’s Guide to the Galaxy. It is also the number of millions that hard-charging marketing automation vendor Act-On has raised in a significant fifth round of institutional capital.

“How fast we can grow is really about how much money I have to hire salespeople,” said Act-On CEO Raghu Raghavan, explaining what he plans to do with the money. “This is not a market where I have to fight competitors … marketing automation is still a greenfield market with only five percent penetration.”

Marketing automation systems help companies manage complex one-to-one marketing campaigns by personalizing web, mobile, social, email, and other marketing communications with both prospective and current clients. Act-On is a up-and-coming contender that hit VentureBeat’s list of top 10 marketing automation vendors. The company is based is Beaverton, Ore., and largely focuses on non-tech companies.

The $42 million funding round was led by Technology Crossover Ventures, with existing investors Norwest Venture Partners, Trinity Ventures, US Venture Partners, and Voyager Capital also participating. TCV’s participation is significant, as the company has plenty of experience in marketing technology and an investment thesis that is focused on putting large amounts of capital to work in maturing startups that have proven their worth and are poised, the firm hopes, for massive growth.

TCV is in it for the long haul, according to Act-On.

Act-On faces competition from two significant places: the explosion of startups in marketing technology, and the emergence of massive integrated suites from major software companies, generally sold as “marketing clouds.”
In terms of the first, the $42 million will come in handy, especially considering that fifth round was an “up round,” in which the value of the stock rose appreciably. Raghavan didn’t divulge specifics, but did say that Act-On’s valuation was at what would be an “IPO-level valuation” for many other companies. That likely means something north of $100 million.

“Now the stock is an appreciating asset that we can use to make acquisitions,” Raghavan said. “We can go up and pick up some small companies here and there.”

He doesn’t expect to acquire huge amounts of revenue, but given the massive influx of new companies with interesting technology for all aspects of marketing, there is a definite wave of consolidation coming in which it will be possible to pick up potentially important intellectual property — and snap up hard-to-come-by talent.

The other competition comes from the marketing clouds, built and sold by companies like Adobe, Salesforce, Oracle, and others.

“We’re coming at the enterprise bottom-up,” Raghavan told me, explaining Act-On’s marketing positioning. “We tend to penetrate enterprise one division at a time, whereas Oracle, Adobe, and Salesforce take enterprise top down: They tell a company that change needs to happen to the whole enterprise … and then the magic will happen.”

The problem with that model, for Act-On, is that when a company like Salesforce or Adobe builds a marketing cloud via acquisition and development, it can be hard to ensure that each component is truly best-of-breed. And, of course, integration has never stopped being challenging.

“If you look at what Salesforce has done, they’ve bought ExactTarget, which bought Pardot,” he said. “They’re not really integrated. And Adobe sort of has schizophrenia … they have all this ability around content, and then they have this thing called Neolane, and they have to rationalize all of that. They have no impact on our market.”

Whether that continues to be the case over the long term, however, remains to be seen.