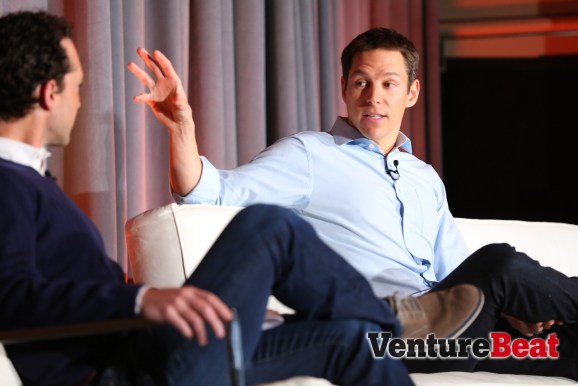 SAUSALITO, Calif. — With 75 percent of its users coming from smartphones and tablets, Twitter is more eager than ever to make its mobile revenue streams count.

The San Francisco-based microblogging kingpins are spending money on developing cutting-edge mobile ads and ramping up the hiring of top-shelf iOS and Android engineers, regardless of whether they specialize in the ad space or not. The idea here is if they’re really, really good, they will quickly adapt to developing and implementing killer mobile ads.

“Three fourths of our users are on mobile. Our focus is on being a mobile-first company,” said Alex Roetter, Twitter’s VP for engineering and revenue.

Roetter spoke during a panel at VentureBeat’s fourth annual Mobile Summit, laying out his vision of what Twitter intended to do in the mobile space — and where he sees it heading.

Clearly, Roetter said, Twitter “takes the view [that] things are going more and more mobile. We are very disciplined in building high-quality ads.”

Twitter is also building out in-house analytics to help share back with developers what is working for mobile ads and what isn’t. Twitter bought Crashlytics early last year, a startup that alerts companies when their apps crash on mainly mobile consumer devices like smart phones and tablets. Twitter paid an undisclosed sum for the company.

The mobile landscape is shifting, and quickly. Roetter, who spent seven years at Google before jumping ship to Twitter, says his company is working diligently to stay ahead of the trends — especially since a majority of Twitter’s users are logging on to the service while on the go with tablets and smart phones. The desktop, Roetter said, is rapidly becoming less relevant.

Twitter is also ramping up experimentation and running split tests to measure mobile efficacy: what users are clicking on and what they’re ignoring.

“The faster you can do that, the better,” Roetter said. “With experiments, you see what your long-term capabilities are.”

Today, Twitter announced it had acquired Gnip, which provides sophisticated filtering mechanisms to find just what developers are looking for. Companies pay big money for that access, and now Twitter is pulling out the middleman, which should boost revenue.

As Brad Burke, Networked Insights CTO, said via email, “Twitter was able to focus on growing its consumer-facing applications and avoid having to become a big data infrastructure company. Now it is ready for both.

“This is another signal of the importance of social data for marketing intelligence. If you have a solution that is not providing value beyond mention-counting, your days are numbered.”