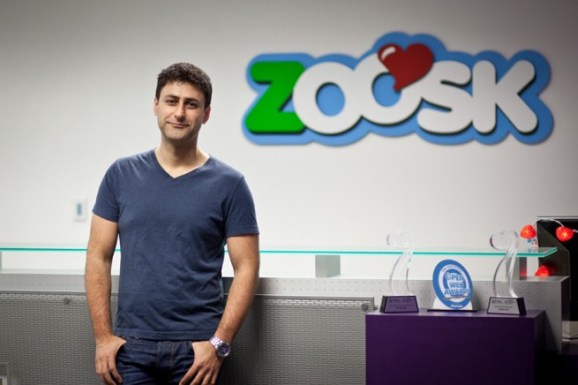 Looks like online dating network Zoosk is making its future relationship with the stock market public.

Zoosk is aiming to raise $100 million in its initial public offering (IPO). The company will trade on the New York Stock Exchange under the symbol ZSK, according to the S-1 document it just filed to the U.S. Securities and Exchange Commission.

The online dating network states in its filing that it has 26 million members, including 650,000 subscribers, across 80 countries. Zoosk defines “subscribers” as users who pay for access to additional features and products on the company’s site. Members are nonpaying registered users.

Not surprisingly, Zoosk lists its history of losses and anticipated increase in operating expenses in the future as some of the risks for potential investors to consider.

“We have incurred net losses in all fiscal years since our inception, including net losses of $12.2 million, $20.7 million and $2.6 million in 2011, 2012 and 2013, respectively. As of December 31, 2013, we had an accumulated deficit of $95.6 million. We anticipate that our operating expenses will increase substantially in the foreseeable future… .” the company states in its filing.

Zoosk service enables people to sign up, creating a personalized dating profile, browse and search others’ profiles, communicate with them through messages, an even recommends them potential matches based on their preferences and behaviors as they interact with other users.

The San Francisco-based company was established in 2007, and it has raised a total of $61.6 million to date in venture capital.