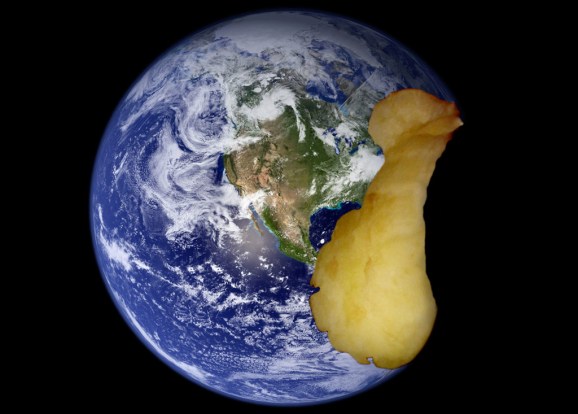 Apple may be gearing up to build its own proprietary mobile payment system.

That’s according to a study titled “Mobile Payments — Blue Paper Revisit, EMV in Focus” from Morgan Stanley’s Research group in Europe. The study was obtained by VentureBeat exclusively.

Morgan Stanley’s PR team did not respond to requests for comment, nor did several of the researchers whose names, phone numbers, and email addresses accompanied the blue paper.

If Apple goes ahead and builds its own payment system, it would be a stroll down logic lane, according to a mobile payment executive.

“It makes sense that they would. It would give them more control. Apple has more than 400 million credit cards on file just from iTunes alone. That gives them serious position to be in this space,” said the executive who declined to be named.

And besides, the executive added, at this time, Apple “doesn’t have an infrastructure in place for physical transactions.”

Indeed, when buying products online directly through Apple’s website or at one of the hardware giant’s retail outlets, transactions go through existing bank and credit card networks, at least in the United States.

While the Morgan Stanley study primarily covered the mobile payment ecosystem as a whole, two paragraphs singled out Apple and posited that it is in an ideal position to go ahead and produce its own system. According to the Morgan Stanley researchers, who cited primarily public source information outlets and not Apple insiders:

“Recent comments by the company indicate increased likelihood that Apple will launch a mobile payments platform. CEO Tim Cook commented on the December quarter earnings call and since then in the Wall Street Journal that the company plans to launch new product and services categories in CY14. When asked directly about mobile payments on the earnings call, Cook said that customers want to purchase content using Touch ID (the fingerprint sensor) because it is simple, easy, and elegant. Currently, Apple allows users to purchase content from the iTunes and App Stores using their fingerprint but the technology is not available to third-party applications. Cook also said he saw more opportunity in this area, especially when given the demographics of Apple’s customers and the amount of commerce that goes through iOS devices versus competing platforms.”

If Apple does build the system, it makes sense that it would have to develop a costly customer service base to help facilitate transactions — and complaints. The company could build one from scratch or use existing customer service centers in India.

What Apple likely would be reluctant to do is build out their own payment network in order to circumvent existing networks like MasterCard and Visa. That would be more expensive than building out a network of call centers. The last time this was done was in 1985 when Discover did it. And succeeded. But that was a long time ago, and much has changed.

The Morgan Stanley report also touches on the potential downsides of a company building a payment system of its own:

“Apple and others are creating an ecosystem of beacons. In recent months, we have seen trials and adoption of beacons and Bluetooth Low Energy (the 4.0 standard). This network of beacons will be essential to a simple and easy-to-use mobile payment network, in our view. In fact, there could be many applications, such as to deliver advertisements or public information, and to locate something or someone indoors. We believe Apple will unlikely launch a mobile payment system unless the supporting infrastructure is ready, based on its historical behavior, since it does not want users to have a frustrating experience with an incomplete network.”

The mobile executive put it this way:

“If you think about it, Apple is already, de facto, in the mobile payment space.”