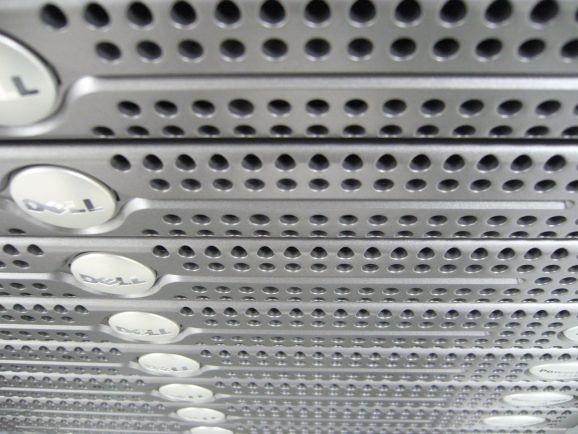 Linode, a company that hosts websites for companies and individual developers, is shelling out more money than it ever has before — $45 million — to upgrade its data center hardware. The effort should help it compete with younger upstarts.

Investors have been bestowing venture funding on younger cloud-hosting companies like FireHost and especially DigitalOcean, which is becoming more and more widely used for hosting websites.

So 11-year-old Linode is investing in bringing competitive components to its offering.

Every new server Linode offers now contains a solid-state drive, providing faster retrieval of data than hard disk drives. Each one packs twice as much memory as before and can handle 40 Gb of network throughput.

Last year the company splurged on expensive switches from Cisco to boost network speed, but this outlay is considerably more extensive.

The new upgrades could make a difference for people seeking a hosting provider for the first time. And surely the move will appease current Linode customers.

Linode claims 250,000 customers, including WP Engine and the Onion. Like other providers of virtual private servers — HostGator, DreamHost, Liquid Web, and so on — Linode can fit well for developers’ one-off projects, or small and medium-sized businesses. If enterprises consider public clouds, they would probably gravitate toward full-on IaaS providers, although it’s certainly possible that a few developers inside an enterprise will own Linode accounts for testing or developing applications.

But just as DigitalOcean is becoming more popular for simplicity reasons, it’s possible Linode stands a chance to grow bigger in the near future, too.

It’s unclear how much Linode’s newest investment will slow the rise of hot hosting companies like DigitalOcean, which has offered solid state drives and low prices for its servers for years. Linode’s new prices now roughly match the comparable ones from DigitalOcean.

But Linode chief executive Christopher Aker sees an advantage when it comes to his company’s long-term viability.

“We admire the Warren [Buffett] strategy around here which means building a long-term, stable organization that is going to continue creating value for customers over the long haul,” Aker wrote in an email to VentureBeat. “We aren’t focused on an exit strategy but instead on how we can offer better support, create simpler tools, and invest in higher performing networks and hardware.”