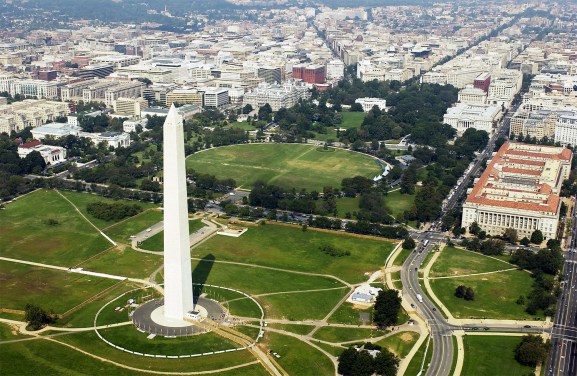 The Washington Monument looms over D.C.

Our political system has faced unprecedented challenges over the last few years. As a result of our sluggish lawmakers, progress on the defining policy issues of our day has been slow in the nation’s capital. In stark contrast, however, Washington is also home to a thriving entrepreneurial community that is growing at breakneck speed — and still picking up steam.

The untold truth about Washington is more and more innovative thinkers are moving here, creating a startup Mecca. In fact, the startup ecosystem in D.C. has become so robust — with a growing infrastructure of talent and resources — that I deliberately decided to relocate my company here from New York City to join one of the country’s most prolific business incubators, 1776.

What I’ve discovered is that, with all its political sway, Washington has the makings to become one of the country’s top spots for entrepreneurship due to incredible access to influential people and an untapped talent pool.

Washington startups are the beneficiaries of a growing list of resources, including a surprising array of incubators and accelerators where young companies like mine can bathe in the energy and culture normally reserved for startups in Silicon Valley. My company recently joined the growing ranks of D.C. startups that have successfully used the accelerator experience to grow a startup in the Beltway — the same model that helped Bay Area firms like Dropbox, Airbnb, and Heroku nail it and then scale it.

In the capital, SocialTables is one such example. After joining 1776 as an inaugural member a little over a year ago, the startup has grown its employee base six-fold, giving the company wings to fly the coop and move into its own office space. Transportation app startup RideScout experienced similar growth after relocating the company from Austin, Texas, to join 1776. RideScout’s service can now be found in multiple cities, including San Francisco.

Beyond access to startup resources, the rise of any tech hub is dependent upon the talent surrounding it. Thanks to several top-tier universities, D.C.-based startups can attract young, brilliant minds with professional experience that’s novel here. Many local graduates want to stay here after completing their degrees and are looking for an alternative to a career in the public sphere. These visionary individuals bring new, disruptive ideas to every local industry — including technology.

Instead of competing with innumerable startups and ventures, Washington’s tech scene is still small enough that D.C. startups can cherry pick from the local top talent. And without insane competition, D.C. startups thrive. The lack of an arms race for young talent here also means we enjoy greater loyalty and focus from employees who appreciate the unique experience of growing a startup.

Entrepreneurs and engineers aren’t the only ones who see the value of being in Washington. Last year, Washington ranked No. 1 for startups per million residents, according to AngelList (via FastCo). Washington also ranked highest for investors per million, according to Fundable, showing that the city has the money to back new ventures and bring new ideas to fruition.

This rare combination of resources has lead to the creation of innovations such as matchmaking startup Hinge, Internet analytics company ComScore, and daily deal website LivingSocial. Washington’s resources and entrepreneur-friendly atmosphere make these successes possible.

Although there are other excellent hubs for innovation, Washington brings something that no other city can: It is filled the people who have an intimate knowledge of the way the government works and have the connections needed to leverage that knowledge. This unique access to the public sector gives companies that want to make an impact in the social sphere a better chance of actually making a difference.

Being in Washington gives me a unique perspective on where the problems in our political and economic machines actually lie and provides a unique vantage point for finding feasible solutions. Fixing our broken education system is my particular passion, and I’ve dedicated my career to leveraging technology to attack some of the country’s biggest higher education problems. It’s obvious that one person alone can’t fix this intractable issue, but in D.C. I can collaborate with the best minds in all sectors to come up with the most effective way to make a positive impact on how we can fix education in America. The same can be said for D.C. startups in pretty much any space.

Working across all sectors is the best way to make a real impact, and Washington gives entrepreneurs an added edge because it is the crossroads of the public and private realms. With people from so many different backgrounds — from journalists to think tanks to lobbyists — startups are comprised of ever more dynamic teams. Those eclectic perspectives add a resourcefulness that can lead to more innovative solutions.

The political arm of the nation’s capitol may be working through difficult conversations in meticulous fashion, but the entrepreneurial community is full speed ahead, creating new technologies that will radically improve lives, drive new industries, and build our economy.

So while C-SPAN may depict Washington’s rigidity, I’ve seen a side of this town that is capable of facilitating real change.

Chris Etesse is the CEO of Flat World Education, a leading enabler of students, courses, and institutions to use technology and content to measure and improve learning. Prior to joining Flat World, Chris was one of the first employees at Blackboard, where he eventually served as chief technology officer and senior vice president of strategic accounts.