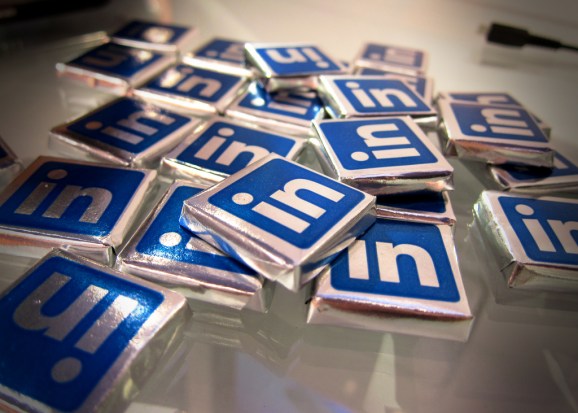 Around 100 million of those folks live in the U.S., with the other 200 million coming from the rest of the world. LinkedIn will focus heavily on the international crowd as it seeks to become an indispensable tool for the global workforce.

“While this is an exciting moment, we still have a long way to go to realize our vision of creating economic opportunity for every one of the 3.3 billion people in the global workforce,” LinkedIn’s Deep Nishar wrote in a blog post about the 300 million milestone.

In January 2013, LinkedIn said it hit 200 million registered members, so the company has seen an average 6.6 million new registrations a month over the past 15 months.

LinkedIn is seeing major growth in India and Brazil, the two biggest LinkedIn member countries after the U.S. It’s also courting the 140 million professionals in China with the beta version of its new Simplified Chinese site, which launched earlier this year.

Like other social networks, LinkedIn’s community is increasingly relying on mobile devices to use the service. It will have its “mobile moment” later this year, when mobile will account for more than 50 percent of overall site traffic, said Nishar. It already gets 15 million profile views, 1.45 million job views, and 44,000 job applications through mobile on a daily basis.

To cater to that mobile user base, the company has embraced a multi-app strategy. It makes core mobile apps for professionals, special apps for recruiters, and specialized apps like its new SlideShare app for Android.

Check out the infographic below to learn more about the LinkedIn community.