I always watch the credits when I finish a game. I use it as time to unwind and reflect on what I’ve “accomplished” and decide if I enjoyed my experience. I even do that with Ubisoft-developed games, and those credits are always like 25 minutes long because of all of the localizations.

And I read the credits, too. Especially the voice cast, because I almost always discover some startling things in there. Here are some of the biggest surprises I’ve discovered hiding in the ending crawls of video games. 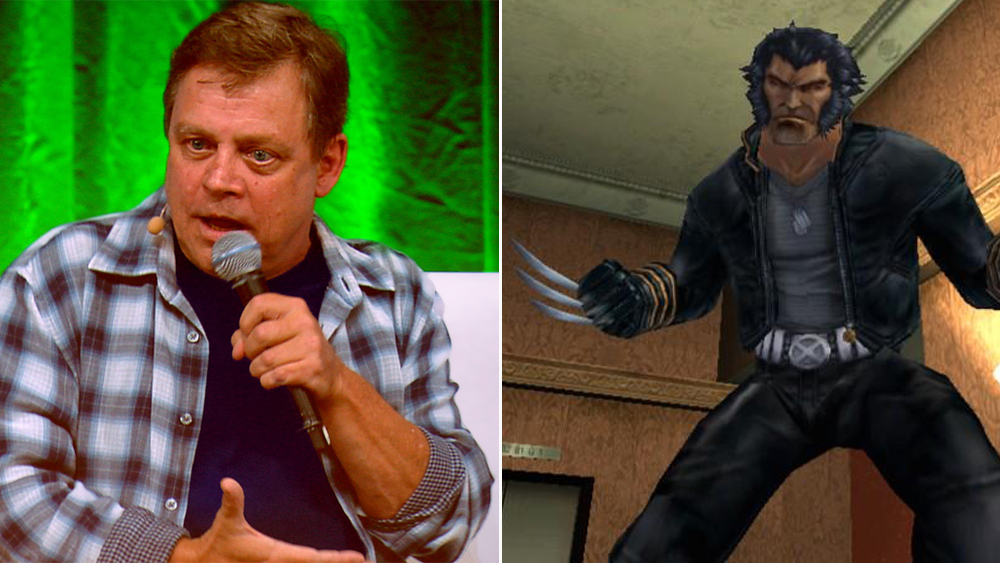 Mark Hamill is no stranger to the sound booth. He provided the voice for Batman’s nemesis The Joker in various animated series, movies, and video games for 20 years.

But Blair was clearly Hamill (because you could, you know, see him), and The Watcher sounded like an even more evil version of Joker. In 2003, however, he lent his pipes to the titular mutant in X2: Wolverine’s Revenge, a movie tie-in game that had little to do with the movie to which it tied in.

And yes, that is Patrick Stewart as Professor Xavier. But that’s hardly surprising. 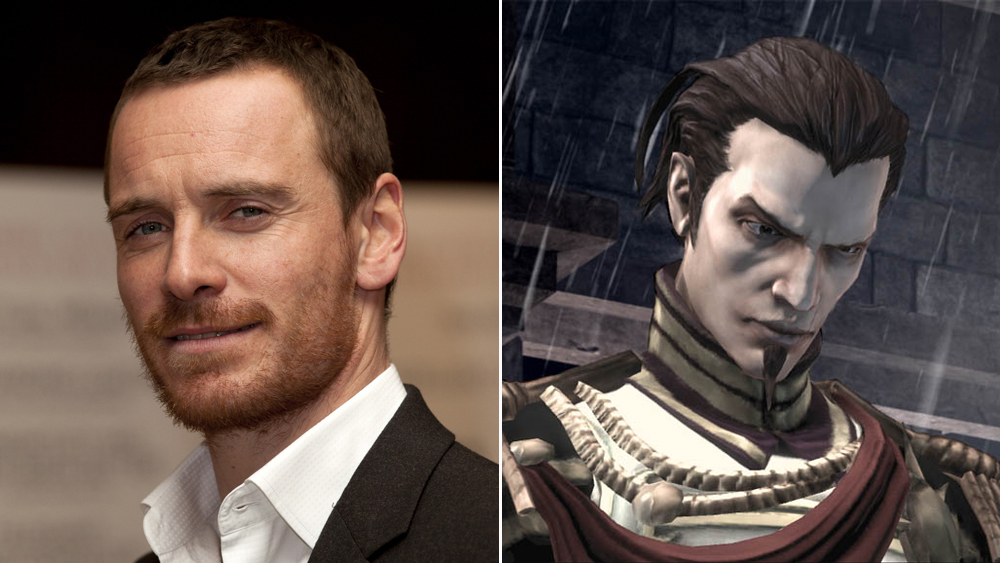 Here, we have another character named Logan, but this one is the wicked king your character deposes at the midpoint in developer Lionhead Studios’ action-role-playing game Fable III. His voice came courtesy of Michael Fassbender, who played Magneto in X-Men: First Class, Lieutenant Hicox in Inglourious Basterds, and a good actor in Prometheus.

Other actors in the game were more obvious. Bernard Hill more or less sounded exactly like King Theoden, the character he played in The Lord of the Rings movies, only he said “balls” all of the time. And Stephen Fry (who plays foppish a-hole Reaver in this game) sounds like Stephen Fry no matter what he’s doing, by which I mean that he sounds classy and awesome, always.

But I had trouble spotting Fassbender because Michael Fassbender doesn’t really sound like anything. The man is versatile.

I can’t even tell it’s him when I know. 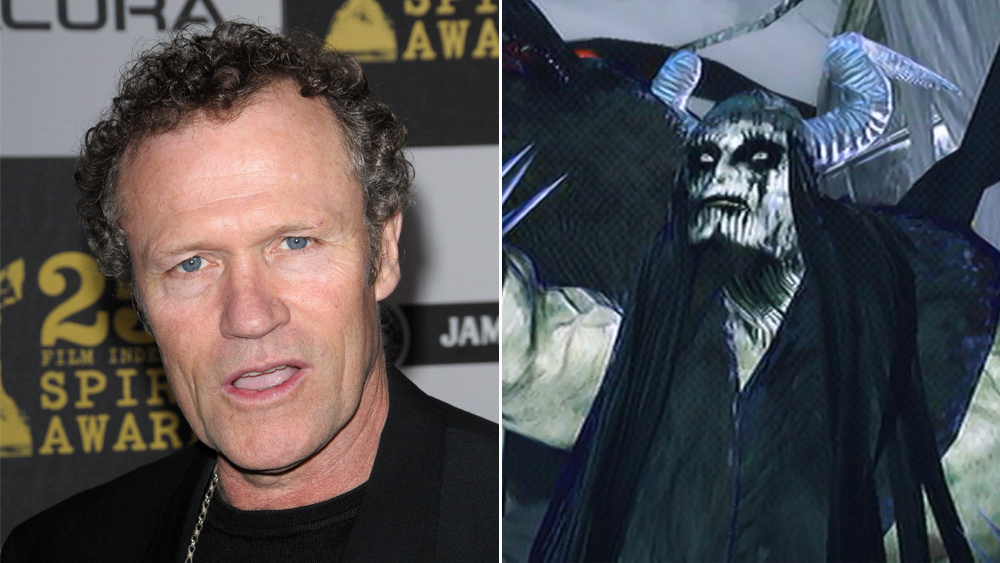 Michael Rooker has played several actors’ shares of serial killers, brutish thugs, and tragic rival stock-car drivers/police officers/mountain climbers. But a heavy-metal Viking demon was probably some new ground for him. And he played such a character in camp-loving director Suda51’s Buffy-esque Lollipop Chainsaw.

The actor’s involvement in the game isn’t a huge surprise if you know that writer/director James Gunn provided the script. The two have worked together pretty regularly on films like Slither, Super, and the upcoming Guardians of the Galaxy.

But Rooker has always played a fairly standard and grounded brand of evil, so you’ll excuse me if I didn’t expect to hear his voice coming out of an undead Viking who wears an entire bear as a cape and shouts things like, “I feel the power of the gods in me blood!”

Wait, is he a Viking or a pirate?

Harry Hamlin was Perseus in God of War II 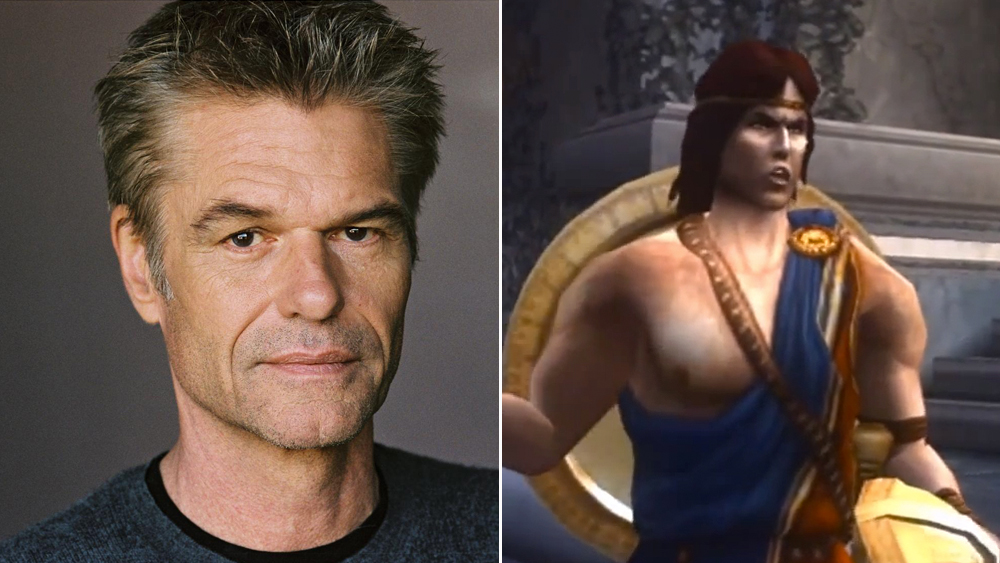 Here’s one for the old people.

But even before that, Hamlin starred in the original 1981 version of Clash of the Titans. As Perseus.

Here he is in the game; skip to the 3 minute mark for the relevant part..

It’s kinda cool that he has the same magical items in the game as in the movie, but it’s too bad he had to run into Kratos like that. A hero deserves better.

Kevin Sorbo was Hercules in God of War III 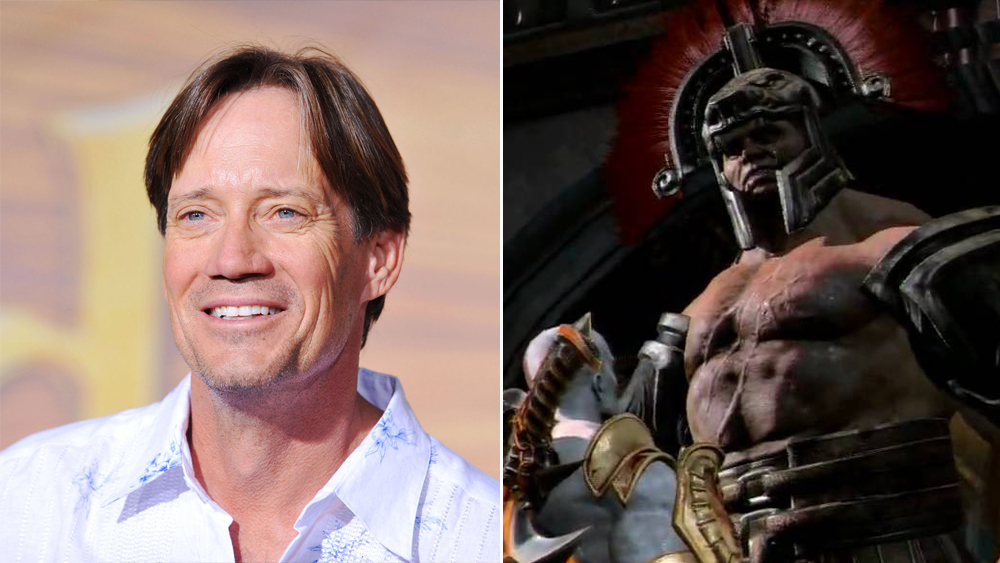 Here’s another case of an actor reprising an earlier role. This time it’s Kevin Sorbo, star of the ’90s-tastic Hercules: The Legendary Journeys television series. Never mind that both the show and the games take place within Greek mythology, so the character’s name should have been Heracles (or Herakles, if you’re hardcore). It was just a fun little Easter egg.

And while we’re talking about God of War III. … 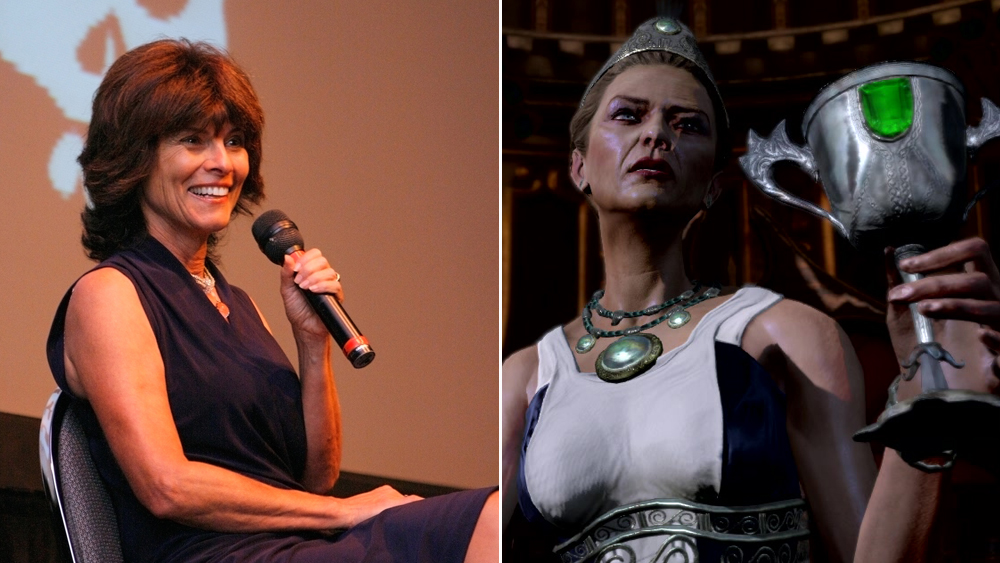 This is another fun one if you’re old like I am.

Adrienne Barbeau has been in some of the most improbably awesome movies I’ve ever seen: Escape from New York, The Fog, and Creepshow. And she played Zeus’ wife/sister in God of War III.

And I mention Creepshow not just because it’s an amazing tribute to 1950s horror comics, but because Barbeau’s character in that picture, Billie, serves as an interesting precursor to how the actress approached Hera almost 30 years later (video is NSFW).

Billie is loud, abrasive, constantly drunk, and stuck in a marriage she hates. Remind you of anyone?

Nolan North was Sigmund in Ratchet & Clank Future: A Crack in Time 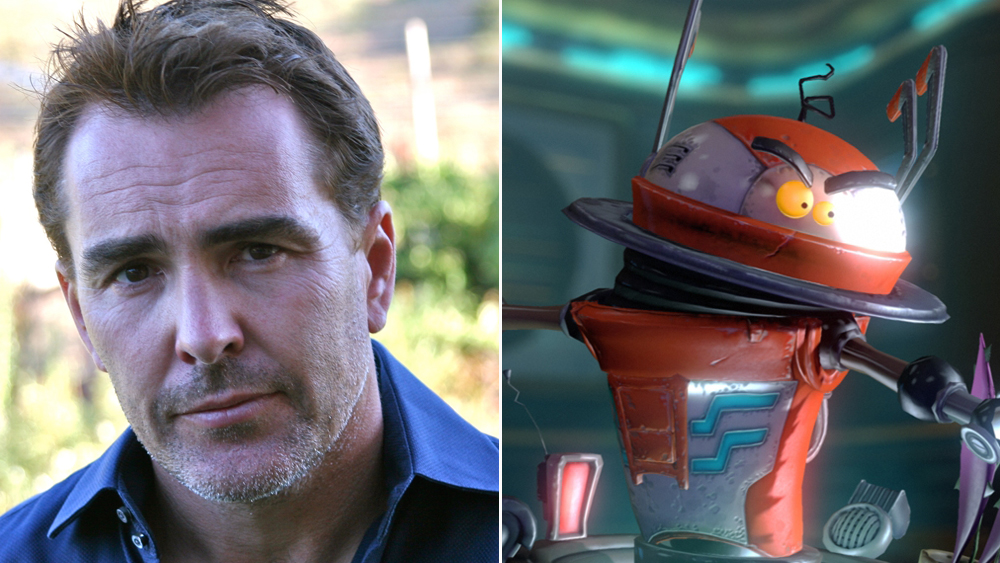 Nolan North is one of the most recognizable voice actors working in the industry today. He’s provided voices in a couple hundred different games. He’s so prolific, in fact, that developer Volition had a “Nolan North” voice option in its character customization options for Saints Row IV. And I’m such a nerd that I used it.

But I didn’t think he was too hard to spot. Uncharted’s Nathan Drake sounds like Assassin’s Creed’s Desmond Miles sounds like Saints Row IV’s President sounds like Deadpool.

None of them, however, sound like Sigmund, the assistant caretaker of the Great Clock in developer Insomniac Games’ action-platformer Ratchet and Clank Future: A Crack in Time.

I spent that entire game thinking that Sigmund’s voice was Scott Menville, who plays Robin on the Teen Titans animated series. Whoops.

Have the cast credits of a game ever put your jaw on the floor? Let us know in the comments.