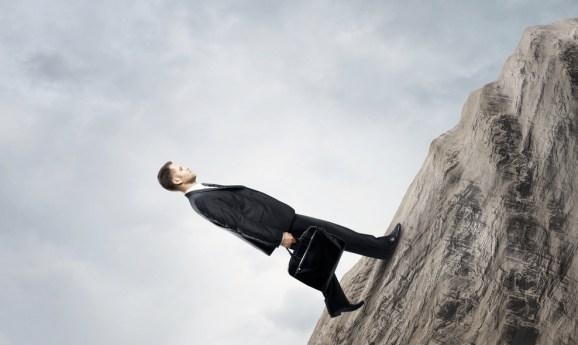 Who says entrepreneurs can't scale up?

There is a belief in the business world that founders can’t scale.

That is, to put it another way, a company’s growth curve will eventually outstrip the capabilities of its founders. And the statistics seem to bear this theory out: Only 50 percent of founders remain chief executives after being in business for three years, 40 percent after four, and a sadly low 25 percent of founders actually make it through their company’s IPO as CEO .

Why is this? And what makes founders like Mark Zuckerberg or Larry Ellison — CEOs who remained at the helm through their initial public offerings and way beyond — different than the rest?

The answer to this riddle lies at the heart of what being a successful entrepreneur is all about: adaptability. The founders who remain CEOs the longest are the best at evolving and growing with the needs of their business.

This is a very large range of skills that may need to be developed at a rapid pace in high-growth situations. Furthermore, it isn’t as simple as it sounds, as in reality these skills are often needed in combination.

Yet many of these skills are also at odds. For example: being an innovator and finding ways to make breakthroughs requires a willingness to break with routine, whereas operators need to build routine into processes that can be relied upon.

So, it can be tough for founders to learn how to scale and to evolve along with the needs of the position without feeling like they are giving up their very identity.

There are many stories of people, like Sandy Lerner, the co-founder of Cisco, who appear to have felt threatened by the evolution needed rather than supported through it.

But founders clearly do need to change their role to scale. It’s not realistic to know everyone in the company intimately and have your fingerprints on every decision. Evolving to a point where you will often feel removed from the day-to-day action at the front lines of the business is hard. All founders have to develop their own unique approach to it, but regardless, it’s a tough transition for many innovators and entrepreneurs to make. And the role of a founder is supremely important in many instances to ongoing value creation. So it’s not a transition out that’s needed, it’s a transition up.

Just because it’s tough doesn’t mean that every founder will fail to scale up — especially if they are willing to acknowledge the harsh truths about what is actually holding back their personal development.

Case in point: under Gail Goodman’s leadership, Constant Contact, which provides online marketing services to small businesses, has grown to some $285 million in annual revenue since it was founded in 1998.

Gail has been at the helm of her company for 15 of its 16 years, which is no small feat. When asked what her secret was to scaling herself at the rate that her business was growing, she shared this key piece of advice: “You have to face yourself,” she says. “You have to be unbelievably ruthless about what’s working and what’s not working. As CEO, you will have to change hundreds of times to face the different challenges in the different stages your business will go through.”

The rub is that many founders share a common characteristic that is invaluable in a company’s early days: stubbornness.

“But being relentless in your perseverance can eventually become an obstacle to change,” says Gail, who had to overcome her own stubbornness before she could recognize that she was actually becoming a hindrance to her company’s growth.

“Every founder needs to face two ugly truths,” she says. “The first is that you’re doing something wrong all the time. The second is that your flaws are harming the team.”

Gail, for example, played a key role in product management when Constant Contact was in its early days. She was good at it, and she was comfortable in that role. Only, as the company grew, she continued to be involved in the day-to-day product decisions. It wasn’t until one of her employees, the head of engineering, took her out to lunch and confronted her with the truth — that she needed to let other people step up — that she realized she had been neglecting other critical areas the company needed her to focus on.

“The single biggest investment you can make as CEO is where you spend your time,” she says, “and spending time where I was comfortable was a mistake.”

Gail has also learned to appreciate the fact that feedback is a gift, even when it’s harsh and upsets you, because it gives you the opportunity to look yourself in the mirror and improve. The first time Gail solicited feedback from her team, for instance, the resulting constructive criticism was tough to take. But, once she processed what her team was telling her, she recognized it not as a threat but as an opportunity. “You need to be willing to change and grow if you want to show the world that founders can actually scale,” she says.

The moral of this story is that while its rare to see innovators evolve into operators, it is possible to do as Gail shows us. It means you need to be constantly changing and evolving. At the same time, there are plenty of examples of founders who have no interest in running a later stage company and there’s nothing wrong with that, either.

In the end, there’s no one-size-fits all strategy out there. What matters is what choice you, as a founder, want to make over time.

In his role at North Bridge Venture Partners, Michael partners with entrepreneurs helping them from inception to market leader. As a VC, Michael has backed and built teams that have created a few billion dollars of value while focusing on large, market-changing technologies and disruptive business models such as SaaS, Cloud Computing, Open Source and Mobile and in application areas such as eCommerce and Analytics. Current representative investments include Acquia, Apperian, Demandware(NYSE:DWRE), Salsify and Unidesk, as well as Actifio and REVOlution Analytics.