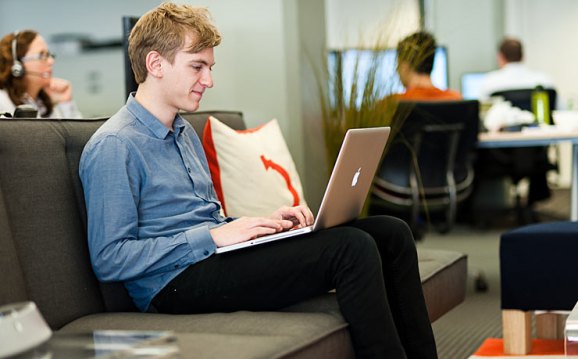 A look inside Birst HQ

There’s a reason business-intelligence (BI) startup Birst just brought in a new chief executive. It doesn’t wants to just set the standard for product innovations. Now it wants to grow like crazy, too.

“We have a pretty aggressive vision about where we can go,” Peters said in an interview with VentureBeat this morning.

“We have an opportunity to do much more. It was getting seriously challenging for me to push that agenda while there’s already all these other competing things going on in terms of time.”

So here comes Larson, who believes Birst has “the best product in our space” and “can guarantee will be the best execution” and “sales in the field.”

Those words sound awfully bold, especially considering the great lot of startups with innovations in BI today, from DataRPM to Domo, from ClearStoryData to ThoughtSpot. That’s not to mention long-in-the-tooth BI software makers, or up-and-comers focusing on easy data visualization, like Chartio and DataHero.

We’ll be talking about the how such tools can enable companies to answer questions that could lead to revenue growth at our DataBeat conference in San Francisco next month. Looker chief executive Frank Bien and SiSense co-founder Eldad Farkash, among others, will speak at the event.

Even inside a densely populated BI landscape, Birst has already moved into a solid position. It has incorporated a nifty Google-like search interface, which could open up the service for more people inside a company that pays for Birst. It has a an iPad app and a software-development kit for iOS developers. And it can run either in a public cloud or in a company’s on-site data center, which makes it more flexible than some other BI products.

Larson said he’s learned a lot about running a sales organization over the years, especially at SuccessFactors, where Lars Dalgaard was his boss. When Larson joined, the business was bringing in about $100 million a year, and by the time SAP bought SuccessFactors, it had grown into a $360 million business. “I think what we were able to do there is a great object lesson for Birst,” Larson said.

He met Peters through a common at Sequoia Capital, which led Birst’s $38 million round last year. And Larson was a Birst user, too.

Peters didn’t want to describe the features he’ll be working on going forward, but he would describe the intent.

“Our goal is to allow organizations to build that data café, if you will, and be able to offer up data in a much more service-oriented fashion in the organization,” Peters said.

“They can enable far more decisions by far more people, far more quickly to be driven by actual numbers and facts, rather than repetitive process and gut feel.”