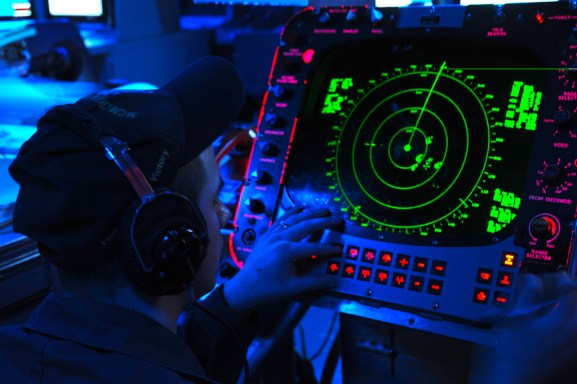 This sponsored post is produced in association with Life360.

What was perhaps most shocking about Facebook’s acquisition of WhatsApp two months ago for over $16 billion wasn’t the price, it was the fact that nobody saw the deal coming. Whatever the reason, whether it was that the majority of users of the app were outside of the United States, far removed from Silicon Valley, or the assumption that Facebook was going to further develop its own messenger service internally instead of shopping around, the deal remains a reminder that in the shadows of the current tech titans — Facebook, Google, Microsoft — even companies with 450 million users can remain relatively hidden.

Though there may not be another deal on the same scale as the purchase of WhatsApp for some time, at present there are apps on the Google Play and iTunes App store with billion-dollar valuations, user bases above 100 million, and competitive advantages in new marketplaces that could prove to be the next big shocker. Let’s run through a few of the most promising.

It would be interesting to ask the founders of South Korean based Kakao Corp., parent company of KakaoTalk, if they enjoy playing the popular board game Risk. In Risk, a popular strategy is to find an easily dependable corner of the world, build up a huge force, and then launch your attack on the rest of the world. This is, in essence, the strategy Kakao has employed with its social media platform KakaoTalk. There are 100 million people using the app without any attempt by Kakao to expand internationally.

With the app, users can make phone calls, send messages, share photos, and more, all for free. The company is scheduled for IPO in May, with plans for international expansion following the offering.

With Flipboard, users can personalize their news, subscribing to sites, magazines, and topics that they find interesting. These stories can be combined with news feeds from Facebook and Twitter, creating a one stop shop for all news, personal and worldly. With over 100 million users, spots among the top news apps on the Google Play and the iTunes App Store, and its recent acquisition of competitor Zite from CNN, the app has fertile grounds for developing a revenue generation model and could shake up the way traditional news sites bring users their news.

Remember Pinterest? Of course you do, but the company’s steady growth and positive management hasn’t led to many stories to keep it in the news. In February a report from ComScore announced that the company has 48.7 million users globally, not a huge audience compared to other social media companies, but with the recent announcment of “promoted pins,” the company finally has a clear path towards generating revenue. It also has the advantage of having 75% of its audience on mobile devices, according to the company, and as mobile plays a bigger and bigger role in consumers’ lives, the user base is sure to increase.

In a marketplace dominated by social media apps designed to connect users to more and more people, Life360 has taken a refreshing reverse turn with its app, creating a mobile platform that focuses on family and keeping up to date with those closest to you.

Besides sending messages, users can get the current location of family members via a map, as well as alerts when people chosen by the user check into destinations. According to Life360’s website, six to eight text messages each day are dedicated to the simple question “where are you?” The check-ins eliminate this need and the undue worry that parents currently experience if a child forgets to send a text message response.

Things look good for the app’s future as well. It is a popular free download in the iTunes App Store and Google Play store and was announced last month as one of the apps that will be integrated into BMW’s all-electric i3 model.

This mobile games company is a hit factory in the making, with two games — Clash of Clans and Hay Day — generating $892 million in revenue last year. Its third game, Boom Beach, was released last month and has already become a top download in the free downloads charts. The company is based in Helsinki, Finland and is self-described as focusing on developing games primarily for tablets. It has revenues comparable to Zynga with only a tenth of the staff.

This app isn’t about user base, instead it focuses on a space that has largely remained separate from technology: the art world. Artsy is a platform for browsing, learning about, and purchasing art with a collection of over 125,000 pieces from over 25,000 artists. The site has 65,000 works for sale, ranging from below $1,000 to above $1 million. Its Art Genome Project, a database where pieces of art are categorized based on over 500 characteristics, allows users to scroll through paintings, choosing what they like, and getting recommendations on other pieces they might enjoy.

Artsy serves as a disruptive presence in the world of art sales, and traditional art auction houses like Christie’s or Sotheby’s are likely to view it as a potential takeover target as its influence grows.