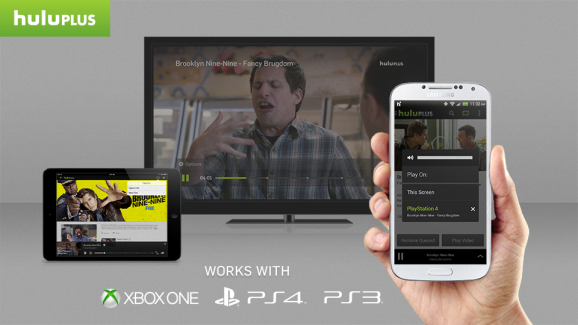 Those that primarily watch Hulu Plus on a video game console can now trade their remote controls (or controllers) for a smartphone.

Today, the company rolled out a new “remote control experience” update that brings all of the screen-casting functionality from Hulu’s Chromecast app to the PlayStation 4, the Xbox One, and PlayStation 3. (Sorry, Xbox 360 owners — you’re not cool enough anymore.) Like the Chromecast app, you just download the Hulu mobile app on an iOS or Android device that’s on the same Wi-Fi network that your console is using.

The move is just the latest in a growing trend among streaming services to shift away from traditional TV interfaces in favor of mobile devices. Basically, companies like Hulu are starting to realize that using a remote control to navigate through programming is a pain in the butt, but using your smartphone’s screen is pretty easy. And now that you can “cast” whatever show you want to watch to your TV, you really have no reason to keep using the old-school remote control.

Having played with Hulu’s Chromecast app for a while now, I can definitely say its a better experience than most of its set-top box apps, too.

Hulu said it’s planning to bring the new update to smart TVs, Blu-ray players, and other set-top boxes in the near future. Check out the demo video embedded below for a closer look.