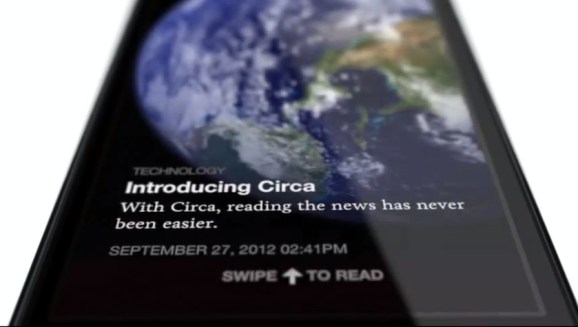 Maloney hasn’t had an official role at another company since he stepped down from as president at Tumblr in 2012. His goal at Tumblr was to help young CEO and founder David Karp figure out how to grow and monetize the blogging platform. Now he’ll be tasked with doing the same at Circa.

Circa produces news using an in-house staff of highly reputable journalists. That may sound pretty traditional, but the startup’s focus is on delivering the news is short, easily digestible “bites” of information. The app’s design was built for people who are constantly on the go and don’t always have time to consume several news articles in a single sitting, as VentureBeat previously reported. And over the last several months, plenty of other services have taken cues from Circa, including Yahoo’s new News Digest app.

Founded in 2012, the San Francisco, Calif.-based startup has raised $4 million in funding to date from David Karp, Lerer Ventures, Advancit Capital, Menlo Talent Fund, and others.