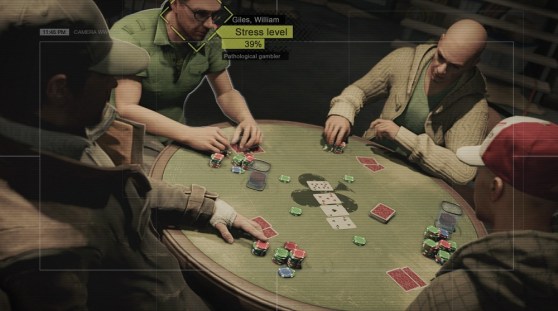 Above: Watch Dogs lets you spy on others nearby.

Kamluk: I can’t really comment too much on that. We’re seeing different things in our work. A lot of attacks are persistent. Rebooting doesn’t help at all. What I would say is, the owners of the physical equipment do always have an advantage. They can disconnect it physically from the network and clean it out and protect it better. They can prepare for attacks and bring the system online again with the problem possibly solved.

However, a single reboot won’t help, for sure. If you’re doing this professionally, you might not even notice that something is going wrong. It always depends on the level of the hacker. The developers and designers of citywide operating systems should be prepared for the worst.

GamesBeat: What seems most plausible about Watch Dogs, as opposed to what’s maybe not possible or less plausible or just harder to do?

Kamluk: Certain things might be implausible just because of the action that needs to be present in the game. That’s why some things might happen too quickly, like the doors opening for you. But that’s just a requirement of a video game. Otherwise it wouldn’t be any fun.

All the video clips where you can spot a screenshot or what’s happening on a screen, that makes a lot of sense to a technically advanced person. You can recognize some of it – this is Unix, this isn’t Windows, this is a network scanner, this is IPv6 instead of IPv4. That brings some fun moments. You understand that the developers did a pretty good job.

GamesBeat: Do you believe that there are ways to build a city operating system that you can protect? How would you guard it?

Kamluk: There certain rules and policies that city designers should follow. A lot of research is going in the security area, things like Common Criteria. It’s a standard in many countries right now that can serve as a guideline for implementing secure systems. But that’s not the only one. There are many certifications you have to pass to make a system secure.

The most important thing is that security-bound people should be involved in design. Very often, when a new system is designed, people think about flexibility in how it should be used, how comfortable it should be. Sometimes they forget about security. It should still be the number one priority in a modern system, especially when it comes to a city operating system. Human lives depend on how well it’s implemented. 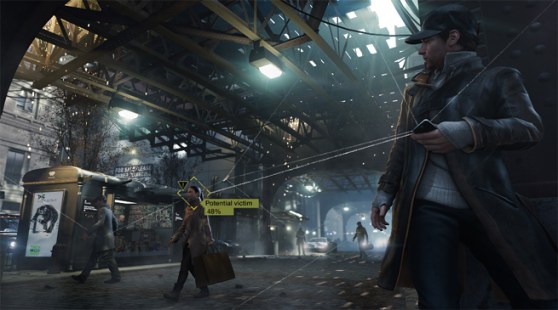 GamesBeat: There was one part I thought maybe seemed like it was more game-like than realistic. That was when you could hack into a ctOS tower, and it would just cover a small area. I’m not sure why someone would build city OS with so many different small regions, in such a modular way.

Kamluk: That could actually make sense in the real world. If you take a big corporate network, which might be a reflection of how a citywide computer network would be laid out, where you have thousands of computers, they normally separate that into segments, which are called VLANs – Virtual Local Area Networks. They can’t see each other. They’re isolated. That’s done for security reasons. If you have an outbreak in one segment, the other segments are still safe. It’s similar to physical isolation of the network, but it’s implemented on the routers, so they can restrict packets bussing from one network to another.

GamesBeat: Was there anything that your people at Kaspersky specifically contributed to, making it different from earlier designs?

Kamluk: There were many moments where we said, “It doesn’t work that way in real life.” Not too many, but we provided our suggestions about how things should be implemented. For instance, they used IPv4, and we suggested that in the future, it should be a different IP protocol version. It should be IPv6, first of all.

There was another moment where the character had to get a copy of a big database. A live system is running on a server and he has to copy a database from that system. Normally, if the screen is locked, you can’t just log in if you don’t know the password. It’s not like the movies, where you see the screen and you can just brute-force through that in seconds. It doesn’t work that way. In real life, what that would be like is you would reboot the system, plug in a USB drive or live CD, boot from there, attach your removable drive, and then copy the database there. We explained that to the developers and showed them how it should work.

GamesBeat: There’s a lot more manual work to do there.

Kamluk: Yeah. It looks more realistic now. Actually, it matches the rest of the script. After that there’s a moment where the security guards come into the room. That makes sense, because monitoring systems are in place to watch while a server is up. If it reboots and disappears, that means there’s a problem – a physical intrusion or a software error. Someone has to go fix that, to physically go to the server room. When the server disappears, that sets an alarm off and the security guards come to check. It looks more like what would be the case in real life.

GamesBeat: Were there any things you thought were especially good representations of different kinds of tricks or booby traps that could be created? I thought it was interesting when you could raise the barriers and the cars behind you would run into them, or getting a train to come by right when you need it. What was the most fun for you?

Kamluk: The traffic lights were definitely fun. I saw this idea first in a pretty old movie called Hackers. There’s that moment where these young guys are creating a whole street of green lights and they just go right now. It creates a lot of chaos, but still, I enjoyed it. You can try it in the game without hurting anyone in the real world. It’s a nice opportunity.

At the same time, though, you do feel a little responsibility for your actions, having such a powerful tool. I hope everybody does learn from this, that security should matter in future cities. 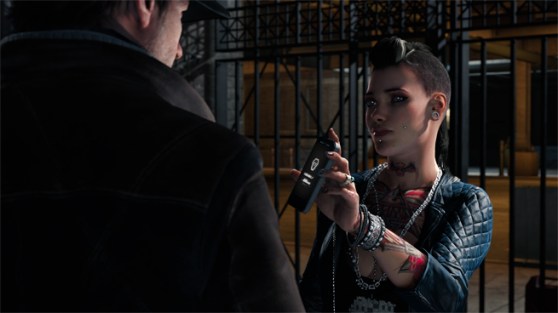