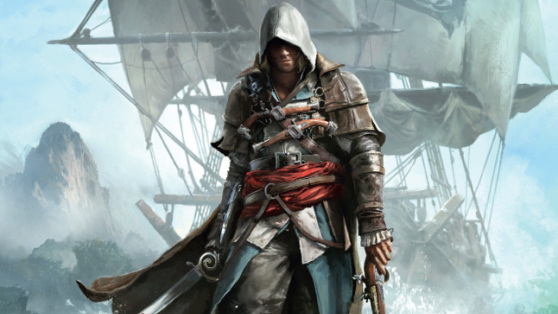 Assassin's Creed IV: Black Flag is the latest in the open-world action series from Ubisoft.

Tony Key, the senior vice president of sales and marketing at Ubisoft, is one of those people behind that clever marketing. At this week’s Game Marketing Awards — the equivalent of the Emmys for the people who make the ads and marketing campaigns that sell blockbuster video games — Ubisoft walked away with 27 trophies, including the game marketing company of the year. To push titles like the upcoming Watch Dogs, Ubisoft will do anything, including traditional advertising as well as livestreaming on spectator platforms like Twitch.

We caught up with Key at the Game Marketing Summit in San Francisco to talk about the secrets of his trade — or at least those he would tell.

GamesBeat: Do you have any takeaways on the old tricks of marketing that are still useful and the ones you have to throw out for a new era? 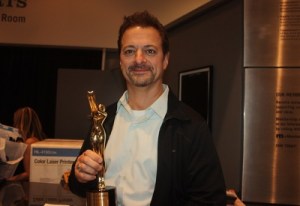 Above: Tony Key of Ubisoft took home the top award at the Game Marketing Awards.

It seems like the big new item we’re all trying to embrace in a smart way right now is harnessing the power of user-generated content, using that content to help tell your story.

GamesBeat: Does that include live streaming, Twitch.tv, and so on?

Key: That’s a huge part of it. It’s the single most disruptive feature for a marketing person right now. It’s not only in the new hardware — the PS4 and the Xbox One — but it’s also online anywhere. It’s gaining real critical mass with a more accessible audience. Where that is going to take us no one knows. We all just know it’s going to be a force to reckon with.

That’s very exciting for us as marketers, to have this new platform to communicate with. Using the power of that to amplify what fans of a game are doing, that’s the big one right now. In almost every session today, Twitch gets mentioned one way or another.

GamesBeat: People were throwing out some interesting facts. Jonah Berger, the author of Contagious, was talking about 10 times more effective sales from word of mouth versus advertising. The almost opposite one was that word of mouth is only 7 percent online, which seemed surprising given how much effort everyone puts into Facebook and Twitter.

Key: You take for granted how much you talk about products just in your daily walking around. Anyone who loves video games talks about them a lot. They talk about them much more in person than they do online. Online is a great way to amplify those conversations, so that many more people can see them.

If I’m in a carload of gamers driving to a baseball game, they’re talking about video games for the whole ride. That’s his point. Those conversations are happening all around us, all day long. 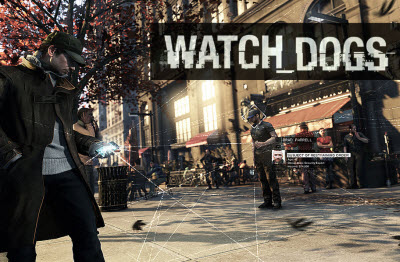 Above: Ubisoft is hoping to turn the upcoming Watch Dogs into a franchise.

GamesBeat: What do you conclude or use to take some action, then?

Key: This isn’t new, but what we’re seeing is this continued evolution where power goes away from the marketer and toward the consumer, which puts a lot more pressure on the idea that your game, your product, needs to be worthy of consumer love. They’re going to decide, very quickly, whether to spend their money on it, who they should tell about it, whether it’s going to be a success or not in general. They’re going to do it much more effectively than any marketer can do it, because of the trust factor in word of mouth.

The digital space comes into play there because that helps it get it around instantly, all over the place. What we’re seeing now is that the biggest games in the industry are getting bigger, for the most part, and taking a larger share of the market. Those games that get that huge word of mouth, the best products, they’re launching bigger and launching faster, and then declining faster, because another one’s coming.

We’re becoming more like the movie business. You have the big launch window. You nail it. Then another game comes and goes into the next window. You need to be active. The way it all plays together, word of mouth happens very quickly, within a few weeks. That’s why that user-generated content and that engagement becomes important. You need those people evangelizing your product.

GamesBeat: There’s some countervailing trend there with the online PC games, with things like League of Legends being played for years now.

Key: Yeah, those unique cases where it took people time to discover a product. But without word of mouth, those products would be nowhere. They need people telling each other how great they are. It took a while to get that momentum. Our job as marketers, on a blockbuster game like Assassin’s Creed, is to get people talking. We try to get them to talk about the things we think are interesting about the product, but that’s where the money goes in what we do. 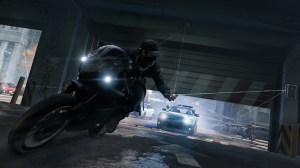 GamesBeat: Are there some best practices you expect to apply for Watch Dogs? That seems like one of the biggest things going for you guys, but it’s a brand-new franchise.

Key: Marketing a new brand like that is always a big challenge, because people don’t have experience with it. They have questions about what the actual game is going to be like, as opposed to something like Assassin’s Creed, where they understand the experience more or less and just want to know how it’s going to be different this time.

For Watch Dogs it’ll be important for us to make sure that we’re amplifying all that user-generated content that we can get from the Twitch streams or people posting clips on Machinima and YouTube. Very fast, people can understand what the game is all about. It’s paramount that happens very quickly.

GamesBeat: It’s a very different kind of game. It has so many real-world connections. I wonder about some of the opportunities on that front.

Key: There’s a lot of real next-generation concepts inside Watch Dogs. They were able to replicate most of that stuff on the current generation, but what you see the next-generation versions bringing is this real heavy density to the city. There’s more people walking around, more buildings to go inside. That next-generation quality brings more immersion into the picture. It’s hard for people to get that from a trailer or a screenshot or a preview. When Watch Dogs finally gets out there, though, people can walk around and see, “Oh, OK, this is what next-gen means – it’s about the amount of immersion.”

GamesBeat: That seems like one reason why it was good to delay it. If you have this illusion that you’re in an immersive world, but little things keep breaking it, I think you very quickly get this word of mouth that it’s not the best virtual world.

Key: You do your best not to launch a game before it’s ready. Sometimes, though, you don’t even know it’s not ready until it’s already out. You see that happen sometimes. A game, for whatever reason, hits critical mass, and suddenly it’s not working the way it’s supposed to. People assume the publisher knew that was going to happen, but that’s not always the case.

With Watch Dogs, we definitely wanted to take more time to complete the next-gen vision the team had. As a game developer, you’re always compromising your vision at some point. Otherwise the game never gets finished. You have to say, “All right, this is what the game should be.” For Watch Dogs, what we’re going to see at the end of May is going to be way closer to the ultimate vision of what the product was supposed to be. It was a good move for everyone.

Above: The Watch Dog app lets you send police assets in pursuit of a fleeing vigilante.

GamesBeat: Are some of these digital features, the companion apps, considered more like marketing than part of the game experience? Things like that iPad police chase.

Key: The companion app is really designed to be a unique part of the experience. It can act as marketing, because it gives someone who doesn’t have the game the opportunity to be involved. Hopefully, good word of mouth comes from that — and good experiences as well. The companion app can be an evangelism tool, but the development team — part of their original concept for the game was to create this companion app that was going to be playable outside of the game.

A lot of our upcoming games have these apps now. We’re trying to broaden the experience, so you can play on different screens in different ways. These aren’t marketing implications. These are definitely focused on gameplay.

GamesBeat: What was the outcome of all the effort that went into Rocksmith? Marketing it through YouTube and teaching people that if you want to learn guitar, this is the way to do it.