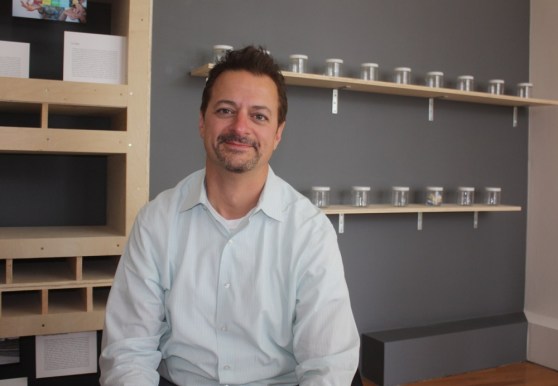 Above: Tony Key of Ubisoft. 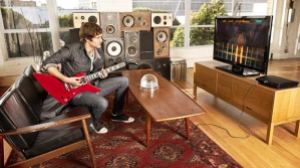 Key: Learning guitar is such a broad desire. So many people, at one point in their life or another, want to learn how to play guitar. Only very few follow through and do it – learning guitar is generally considered hard to do, because it is.

We really believed that Rocksmith was the best way to learn. So what we did on the second Rocksmith, we turned our campaign into less of a traditional video game campaign and more into, “Let’s make sure that when somebody decides they want to learn to play guitar and they plug that into a search engine, we’re there with a direct response.” It was very successful for us. We were able to drive people to a Rocksmith hub where they could learn about the product. If they already had the product, they could take the 60-day challenge. We had messages there that could continue engagement. The website interacted with the video game, so that when you were doing the challenge, it was keeping score for you. You could go back to the site and see how you were doing.

That’s an example of a marketing campaign that was integrated into the product. The 60-day challenge was something the development team could build right into the product. We’re happy with the results. We still think that Rocksmith is somewhat underappreciated by people out there who want to learn guitar. The potential market is so broad that we just can’t reach everyone at once. We continue to push Rocksmith. We continue to find new customers. Word of mouth on that has always been good. Our postlaunch studies have always been positive. For us it’s a long-term brand that we want to cultivate. 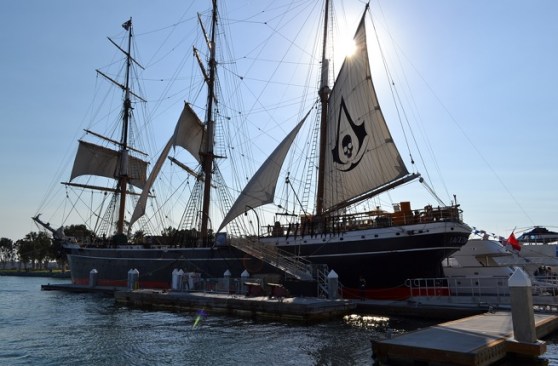 GamesBeat: Are you nominated for anything interesting this year?

Key: We have 33 nominations, yeah. Last year we won 33 awards. Rocksmith has a couple. Thinking outside the box, that was the Assassin’s Creed Comic-Con ship. We had an actual real pirate ship at Comic-Con. That was awesome. It made the Wall Street Journal. Emotional partnerships with Just Dance. We partnered with Cheetos and other packaged-foods companies. We had our partnership with Lady Gaga on Just Dance 2014. We were able to get her new album exposure at GameStop by letting people get a discount her album if they bought the game.

Key: Well, we do so many of them. A big launch can involve a dozen trailers or more. We put a lot of effort into those. That’s how people tend to learn about games nowadays, from a marketing perspective. They like to watch trailers. We’ve traditionally done very well with the quality of our trailers. They’re conditioned to get into that.

We have best long-format feature promotional content for Rocksmith. We had guys tape the 60-day challenge before launch, and we put the testimonials up online. We had them chronicle their improvement every day and you could see they were getting better and better. That ended up being a big part of our campaign. That’s up for an award.

GamesBeat: Sony Online Entertainment president John Smedley was very aggressive with a lot of the things he was saying.

Key: He likes watching people play games, it sounds like.

GamesBeat: All they’re doing is Reddit and Twitch. He has zero marketing budget for anything else on H1Z1. That’s not so traditional.

Key: No, but he’s also not in my business. In our space, we’re in the blockbuster home console video game niche. The top 10 in our industry is taking up more and more of a share of the business every year. The top 10 is becoming more of the story for our business. That means we need gigantic mass-market launches. You’d be hard-pressed to find a game in the top 10 that didn’t have that. Our business is hit-driven. You need that big first week.

GamesBeat: Is what you’d call traditional media still part of it?

Key: It still plays a major role, yeah. Traditional media creates word of mouth. It can create calls to action. It helps position your product. It gets people talking about your product. All those things are designed to try to get word of mouth going. We have a lot of research that says people still have an expectation around big blockbuster games. You’re going to see TV ads for them. If they don’t see that, they wonder why. 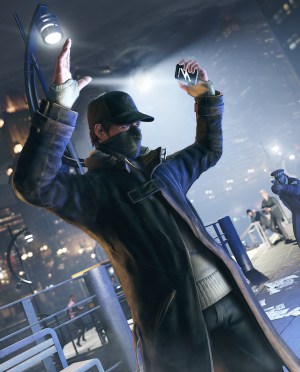 GamesBeat: Google did that study saying that game marketing used to be a three-month process. Now it’s 10 months, with lots of trailers and all kinds of points of engagement. That period of time is stretching out.

Key: The new hardware cycle played around with that a bit. It throws off development cycles and things like that. But yes, you’re seeing that cycle get closer to a year than three months. A lot of games are being announced in March and April for the holiday. Assassin’s Creed III was announced in March. Assassin’s Creed IV was announced in April. We definitely take a long communication cycle for our big core games. You need to get so much momentum to have that successful first week. You have to get retailers ready. You have to get promotional partners ready.

Trying to keep a game a secret for too long these days is actually pretty difficult. It’s hard to keep a holiday title a secret until E3. And that’s not even three months. That’s four or five months. So many people work on these games now. Somebody, whether they left the studio or something — at some point you need to just announce your game.

GamesBeat: What are you thinking about as far as more unconventional marketing tactics these days?

Key: We try to focus our efforts around exposing our game to as many people as possible who we think might be interested. Usually we’re tapping into existing audiences through something like a YouTube influencer, like Smosh. They’ll integrate Assassin’s Creed into a music video that gets 50 million views. That way, we’re exposing ourselves to an audience of people who might have an affinity with our brand.

We studied the sociographics of the UFC to see if that was a good match for Assassin’s Creed many years ago. It’s a pretty violent sport. It’s a pay-per-view sport. People spend $60 on a show, so we know they spend money. We ended up finding out that it was a perfect match for us. We’ve partnered with them for years now on Assassin’s Creed. We’ve grown the Assassin’s Creed audience by exposing it to that audience as well.

We also have transmedia. We have movies being made now with Assassin’s Creed, Watch Dogs, and Splinter Cell. We have other products we’re creating for these brands — T-shirts, toys. We have a TV show on Nickelodeon for [Rayman’s] Rabbids. These things will continue to help us find ways to expose our brands to new people, one way or another. Maybe these people aren’t gamers, but we can still get them to spend money on our products.