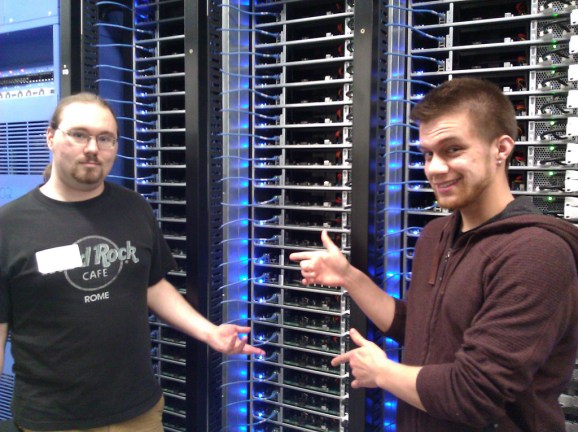 As more people use Facebook, the social network needs to ensure it serves up pictures, videos, profiles, and other content to its user base. And as more marketers get sold on Facebook as a marketing and advertising tool, the company needs to handle requests and targets ads on the spot. Thus the news today that Facebook is doubling its data center footprint in Altoona, Iowa, northeast of Des Moines.

Little Altoona, home to 15,000-something people and a 476,000-square-foot Facebook bit barn, will now get another one of those buildings, according to a blog post Facebook published today.

Incidentally, Microsoft likes the cornfields of Iowa as well. It just announced a $1.1 billion data center expansion in the city of West Des Moines.

And Google runs a data center in the Iowa city of Council Bluffs, along the Nebraska border.