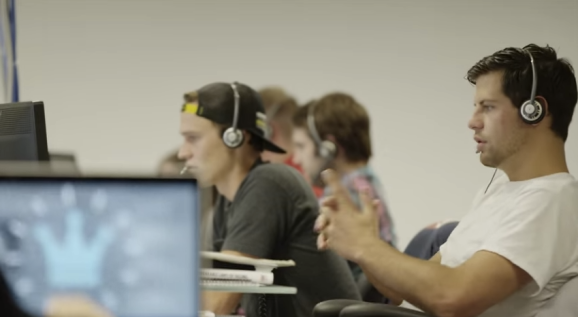 We’re chatting about his company’s $100 million funding round, which InsideSales announced Monday morning, and Elkington is talking with fervor about how he plans to hire hundreds of people, expand internationally, develop new products — all of which should ultimately help salespeople close more deals.

InsideSales bills its products as a “sales acceleration” platform, which sits somewhere between customer relationship management (CRM) and marketing automation tools, said Elkington. InsideSales uses artificial intelligence and machine learning to help salespeople know when to interact with their prospects, what to pitch, how to say it, and how often to say it. 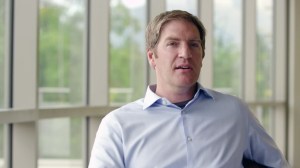 So InsideSales might tell salespeople that a certain type of executive is more likely to respond if you text instead of call, or that a specific programmer is more likely to buy a product if they pitch it late at night via email. It accounts for all sorts of factors that influence behavior, from weather to regional gas prices, accumulating data from billions of sales interactions and outside sources into its “continually learning” algorithm layer.

“Just as Amazon created a high degree of personalization for shopping on Amazon.com, we’re allowing our clients to have a highly personalized experience for selling to their prospects,” Elkington told VentureBeat.

InsideSales’ platform consists of predictive analytics, sales communication, gamification, and visualization. Within those areas, it is working on a host of new products, VentureBeat has learned.

The company is planning release a product that uses predictive analytics for talent acquisition and another one centered on algorithmic analysis of sales performance. It’ll also add some enhanced capacity around its SMS and communication analysis.

In addition to expanding its product line, InsideSales intends to broaden its CRM platform support. Some of its most popular products, PowerDialer and mCall, work exclusively with Salesforce.

InsideSales has grown its revenues 107 percent year-over-year, according to the company. It currently has more than 1,000 customers, including major enterprise clients like Microsoft, Sprint, Dell, and Fidelity. Elkington told VentureBeat that 50 to 100 new companies are signing up every month, distributing the tech to hundreds or even thousands of sales reps inside their enterprises.

“Right now, we have more demand than we currently have capacity to deliver,” said Elkington. “I’m selling as fast as I currently can and still do it responsibly.”

The Utah-based InsideSales currently has 375 employees, a figure Elkington expects to more than double by the end of the year. The company is hiring engineers, salespeople, marketers — “virtually everybody,” said Elkington.

The $100 million in new funding reportedly earned InsideSales a valuation near $1 billion, which Elkington tacitly confirmed for VentureBeat. Elkington said he turned down additional funding and higher valuations from other VC firms in order to work with Polaris Partners (which led the round), Kleiner Perkins, Acadia Woods, EPIC Ventures, Hummer Winblad, U.S. Venture Partners, and Zetta Venture Partners.

“These firms are the best of the world, because frankly, I had my choice,” said Elkington.

InsideSales is not likely to go public soon, according to Elkington — but the CEO says he’s even less likely to sell it off.

“We’ll definitely be large enough to have that as an option, but I want to make sure we’re doing that as the best option, not out of necessity, if it were to ever happen,” he said.

“We want to build a very large company. I have no interest in selling the company any time soon, if ever. I think we have the potential to build a company that’s worth a lot of money. … But at the end of the day, if you haven’t made the lives of the people around you better, you’re really wasting your time.”